What Is Immature Granulocytes and IG Count?

Immature granulocytes are part of your immune system response to infection or inflammation. A granulocyte is one of your white blood cells that is made of protein granules. When you get a complete blood cell count test done, you will see these listed as neutrophils, basophils, and eosinophils. They come on to help your body fight off infection and as the infection gets worse the number of granulocytes increases.

When you have immature granulocytes, your body is showing that it is likely in the early stages of an infection. They may also signal an inflammatory response to an injury or autoimmune condition. Rarely, it may be a sign of malignancy in the body. 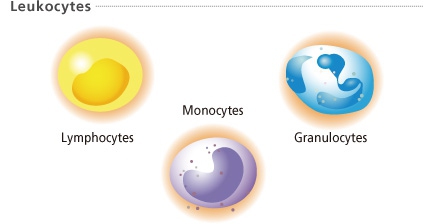 What Are Immature Granulocytes?

They are white blood cells that only appear when the bone marrow is activated to fight off infection. They are not always in circulating blood, but even if a healthy individual has a small amount there is not cause for concern.

When immature granulocytes absolute numbers increase significantly, this is a sign of infection. The neutrophil portion of the complete blood count usually goes up when the immature granulocyte high levels first appear. This is a clue that there is something else going on in the body such as inflammatory disease, bacterial infection, trauma in the body, use of steroids, and lastly cancerous conditions. It is also sometimes seen in the third trimester of pregnancy.

The elderly population or very young infants may experience an increase in immature granulocytes without the increase in neutrophils. If this happens, the reason for the increase needs to be investigated more thoroughly. A low lying infection in the body can get out of control quickly and turn into sepsis (bloodstream infection). This can be fatal if not treated promptly.

People who have had transplants and have immature granulocytes may be going into tissue rejection. This also needs to be addressed and treated as soon as possible to prevent loss of the donor organ.

What Is Immature Granulocytes (IG) Count?

In order to understand how we get an accurate immature granulocyte count, we first need to understand the “Differential Blood Count.” This is a separate test run alongside the Complete Blood Count. It tells your doctor how many of each white blood cell you have in your body. The differential blood count can also give numbers of abnormal blood cells like immature granulocytes.

The reference ranges for the “Differential Blood Count” are:

“I went to my doctor for a check-up and they ran a blood test. The doctor didn’t seem to be too worried, but there were some abnormalities that I am a little concerned about.

I was worried about high IG level and these have been like this the last three time I had this test done. They started appearing around last March. I was also worried that I have low lymphocytes and high monocytes. My urinalysis is normal and the rest of my lab tests are normal too.
Around last March when my levels were first abnormal I had inflammation in my esophagus and a viral infection. My doctor sent me to a hematologist who checked things out further and told me everything was fine. Then the levels went to normal. I went back to the doctor in June and the levels were elevated again, but I had a cyst on my ovary.

I am 43 and very healthy, but this last year I have had several scares with my health. Overall, the tests are not concerning the doctors. I was wondering why I keep having immature granulocytes for no reason at all.

The doctor’s explanation is that any inflammation in the body can cause the granulocytes to mobilize in the bone marrow. For some reason, my body still thinks there is an infection present and continues to release them too early. The IG count did go down for a little while, but came back when I had my ovarian cyst thinking it needed to fight off a phantom infection. Since my other levels on my complete blood count were fine, it showed that my body was releasing them for no reason.”