Why Do You Have Heartburn After Drinking Water?

Introduction
Why Does Water Give Me Heartburn?
Point 1
2 Swallowing Water
3 Other Considerations
How to Prevent the Heartburn
Point 1
2 Possible Implications

Heartburn is one of the most common digestive problems. Pregnant women and older people may get more than their fair share of heartburn. When it occurs all of a sudden, heartburn may be linked to a specific eating or drinking habit like overeating, specific food, too much caffeine or a spicy dish. But when it occurs frequently, heartburn, which signifies acid reflux, may be triggered by nearly any food or drink. Still, you may be faced with the question: why does water cause heartburn? 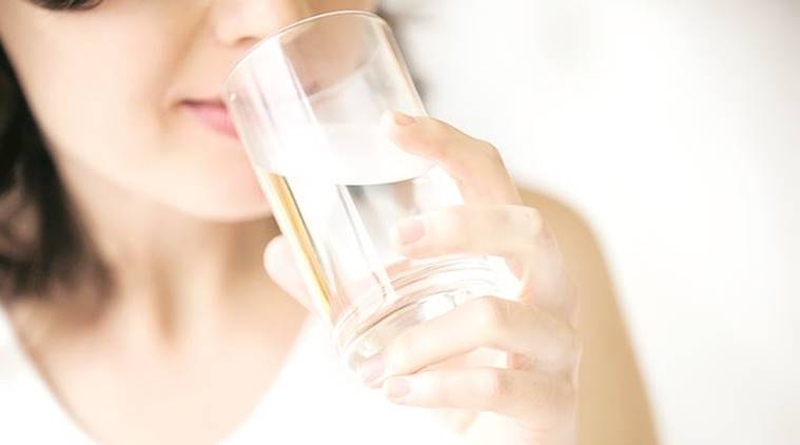 Why Does Water Give Me Heartburn?

When swallowing, the LES opens to let food or drink into the stomach. It may also open briefly when pressure builds in the stomach due to trapped gas, as happens when you belch. It could also open if your stomach is too full, or there is excess pressure due to tight clothing around the waist. In such instances, the acidic content may get into the esophagus, and cause some pain or discomfort.

But why does water give me heartburn? This can happen due to the following:

The average human stomach is the size of a clenched fist, whose capacity is about 900 ml (30 fluid ounces, or slightly less than 4 cups). However, the stomach stretches to accommodate more content, although this is not advisable because it leads to a stuffed feeling.

The way you swallow water can also lead to heartburn, especially if you take it in large gulps or guzzle it nonstop. And while it may not cause you to belch, when you swallow air along with water, it can cause irritation to the LES which can cause it to relax so that acid gets into your throat. Swallowing may also trigger heartburn in other ways. According to some studies, acid reflux is common if the esophageal muscles don’t contract and relax adequately when taking gulps of water.

But heartburn is not always the water’s fault. Other factors could be causing the discomfort. In case you suffer from frequent acid reflux, an action like lying down soon after a drink of water can cause heartburn. Additionally, vigorous physical activity such as a workout may stress the digestive system and trigger heartburn. Too much stress can also lead to acid reflux, in which case drinking water may seem to cause heartburn even though your stomach is otherwise empty. Being overweight and smoking are other factors in recurrent heartburn.

How to Prevent the Heartburn

Still wondering "Why does water give me heartburn?" you may need to do something about it. The following is recommended if you often get heartburn after having a drink of water:

You may also need to avoid other possible heartburn triggers that are complicated by drinking water including the following:

If the question "why does water give me heartburn" is still bothering you, note that this is more likely to happen if you are more prone to acid reflux. In the event that the lining of your esophagus is irritated in such a way that even water causes heartburn, you need to consult a doctor.

Besides being uncomfortable, when left untreated, recurrent heartburn also increases the risk of esophageal cancer. It is possible to manage acid reflux and therefore, heartburn by making some lifestyle and dietary changes. However, if you don’t get relief from these, you should see a gastroenterologist who will investigate if there is an underlying problem. You might need to undergo surgery in case you have hiatal hernia.