How Long Will Panic Attack Last?

Introduction
How Long Do the Panic Attacks Last?
Point 1
How to Reduce the Length of a Panic Attack?
1 Focus on Your Breathing
2 Go for a Walk
3 Don’t Think About Your Fears
4 Grounding Techniques Can Help
5 Reflect of Your Fear and Don’t React
6 Positive Self-Talk Can Help
How Can Panic Attacks Be Treated?
Point 1

During a panic attack, it feels like your world is collapsing. Focusing on a panic attack can make your situation even worse as it can just intensify your panic attack and prolong the period until you calm down. However, keep in mind that even though it might seem an eternity, panic attacks don’t last too long. Once you know what to expect and how panic attacks look like, you can find ways how to calm yourself and prevent a panic attack from occurring in the first place or recover as quick as possible from a panic attack. 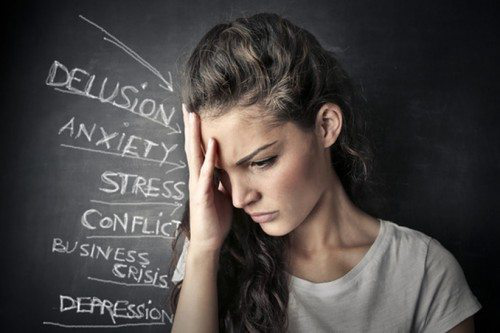 How Long Do the Panic Attacks Last?

Panic attacks in general have a similar structure. They are characterized by a pre-attack, the attack itself and the slow decline period. However, the symptoms are often different from one person to the other or from one panic attack to the other.

Pre-attack is characterized by a feeling of anxiety and that something is wrong. The heart rate usually starts to speed up and the person feels that something is wrong with their body and that there is an actual possibility that they might die, even though in reality this is not the case. The pre-attack period can last for a short period of time or these feelings can intensify and the pre-attack period lasts for ten minutes or even longer.

How long do the panic attacks last? The attack is the actual moment of intense fear which lasts for about a minute, even though the panic attack in general refers to both pre-attack and post-attack period as well. As mentioned, the real panic attack happens after about ten minutes of this intense feeling of anxiety.

The post-panic attack is the period which follows the highest peak of the panic attack. For some it can last only a couple of minutes, while others might need hours to fully recover after a panic attack. On average, a person needs about half hour, to recover from a panic attack. Tiredness is something that characterizes the post-attack period and a person can feel tired and drained out for hours. A faster heartbeat, confusion, difficulties concentrating and other symptoms might be present for hours following a panic attack.

So how long do panic attacks last? Even though a panic attack on average lasts about 10 minutes, it often seems like an eternity and people need hours to fully recover.

How to Reduce the Length of a Panic Attack?

If you are having problem with panic attacks, you should learn how to control and manage your fear in order to reduce the length of these panic attacks or prevent them from occurring in the first place. Here are some methods which can help you stop or shorten the period of a panic attack:
1

Focus on Your Breathing

Go for a Walk

If you want to stop or reduce the length of your panic attacks, then walking might be helpful. Walking will improve your blood flow to your brain, but it can also distract you, which helps your brain recover faster from an attack.

Don’t Think About Your Fears

Reflect of Your Fear and Don’t React

If you constantly deal with feelings of panic and anxiety, learning to reflect on your fears can help you command the situation. Identifying potential sources is also very important which normally can help you address those feelings.

If you keep talking positively, your mind will adapt to the words you are saying. During a panic attack if you repeat to yourself that you are safe and that you are not in a real danger, you can prevent the panic attack from occurring in the first place or you can recover faster from one.

How Can Panic Attacks Be Treated?

Panic attacks are medical conditions that can be treated. Medications will not resolve the problem, but a combined treatment of both medications and therapy can help. Exposure therapy for panic attacks and panic disorder, as well as, cognitive behavioral therapy are of a great help.

Exposure therapy consists in getting exposed to a physical sensation of panic in a safe and controlled environment in order to help cope with this physical sensation of panic in the future. Cognitive behavioral therapy is the most effective treatment for panic attacks and panic disorder which consists on focusing on the thinking patterns and behaviors that trigger these panic attacks.

Medications are often prescribed for the treatment of panic attacks and panic disorder as they can help control some of the symptoms. However, medications don’t resolve the problem. Medication treatment is more effective when combined with other treatment methods such as lifestyle changes, therapy, etc.