For a long time now it has been a theory that we are not alone on the planet. This speculation has led to so many stories, some of which have spanned into successful documentaries. The X-Files was a hit TV series which portrayed this same theory – THAT WE ARE NOT ALONE. The stories of these Alien activities find a way of gripping us in awe and wondering. Could they really be true? Could there really be aliens among us? Compiled below are some stories about alien abduction which will definitely make us question ourselves! 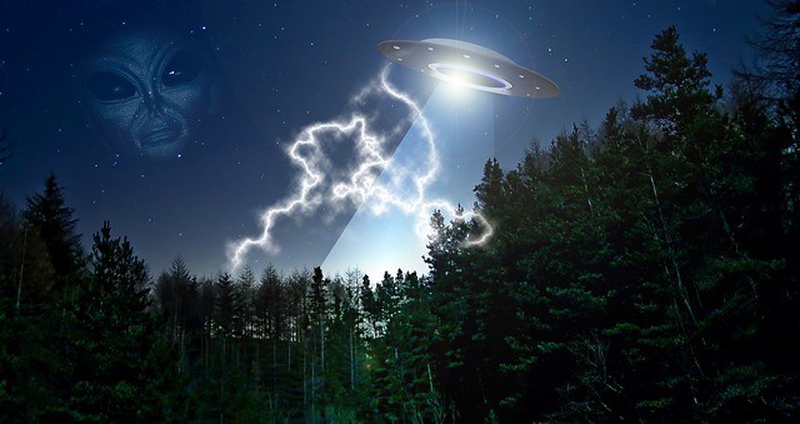 Whether or not they are true, these stories have become increasingly common in the recent past and the more they occur, the more real they become.
1

Back in 2005, a husband and wife in Texas claimed that they had been abducted multiple times by aliens. Clayton himself said he was first abducted when he was a child. Now there are many of these stories flying around but what was strange about this is that the wife, Donna, said that on one of these occasions, her fetus was stolen from her in a spaceship. When asked if they remembered what the being who took them looked like, they said they looked “slender and greyish, almost human… but not human”. Although the couple claimed that they would not live in fear of these aliens, they admitted that they couldn't help but worry such incident would keep repeating.

This was hushed because there was no explanation as to what really happened. In Nigeria, they don’t believe in aliens, so this falls into the category of uncommon alien abduction stories. It was in a village in the Southern state of Akwa Ibom where a then 14-year-old girl went to a stream and never returned. She was searched for and assumed dead until she resurfaced one day 8 years later with no memory that any time had passed. She became overly quiet and had not aged a day since she went missing. When asked where she had been, she said she was at the stream when she saw some lights and fell asleep and as she woke up, she went home.

This here is quite popular. It is easy to dismiss anyone with alien abduction stories as a mentally crazed person. But when we gather the fact that UK citizen Hilary Porter did work for the ministry of defense, maybe her story is worth listening to. She said she had been an abductee all her life for as long as she could remember. She recalled that the first intense experience she had came when she was about 5 years old. “Suddenly there was a reptilian alien in front of me. It had scaly skin, black holes on the nose and a little mouth. It wasn’t tall – maybe 5ft, but very strong”. There are other experiences including her abduction in 1975 while driving in Cardiff.

Kirsan Ilyumzhinov, a well-known politician from Russia, claimed he was abducted in the 90s by aliens. He said he was taken from his house in Moscow to a space ship. He remembered the whole event clearly except that he didn’t know how long he was taken; all that happened is that he was back in his suite a couple of hours later. He said time didn’t matter to the aliens because when he pressed them to send him home, they said "you have time". He went on to say that he had conversations with them and they are like us – we are not alone and we are not unique. Pretty sure he didn’t make this up just so he would be called an "alien abduction stories" author.

Audrey and Debbie (who have withheld their surnames and location) are American twins who say they have been abducted by aliens. They describe the alien abduction as having a foggy blue light shine into their rooms and doors opening. The twins describe the figures who visited them as tall, wearing black capes and having big eyes. They referred to the beings they saw as "The Bald Men" and this has been identified as a race of aliens who have a greyish tone to their skin. As with other stories, they say these experiences started when they were about 5 years old and continued into adulthood.

Terence Copeland is an ex-marine who has taken the matter of abduction very personal. Terence said he saw a big ball of light in the sky and he believed it to be a UFO. Then he described his experience in his apartment in Virginia as follows "I woke up from the nap by the sound of someone trying to enter my apartment… I was in complete paralysis and all I could move was my eyes". A few months later in 2013, Terence started to experience what he called "Missing Time". In these periods, he would realize that hours of his day just passed but he had no memory of them.

One of the creepiest alien abduction stories of all time happened to a couple of boys who went camping in Maine the mid-70s. While at their camp site on the 1st day, they noticed a bright light in the sky and nothing more. The second day, they noticed the same light while fishing and before they could explain what was happening, the light engulfed them. The next thing they remembered was that they were back at their camp site and it felt like some hours had passed. Years later, the four men started having the same kind of nightmares and they retold the nightmares at different times without knowing they shared the same dreams. In the dreams, it was as though they were tied up and experimented upon by tall glassy-looking beings.

Betty and Barney Hill (Hmmm… Interesting choice of names) were driving back from Niagra falls in 1961 when they saw what they described as a falling star. They drove along following it till it became bigger and then it stopped a few feet from them and hovered. Betty stepped out of the car to examine this phenomenon and when she saw 8’11” creatures in black outfits, she ran back to the car and the couple drove home. When they got home, the couple realized they were missing about 6 hours of their day. They, however, recalled that there was a buzzing sound from the "falling star" before they drove home.

From an archive of alien abduction stories comes that of a Brazilian farmer named Antônio Vilas Boas. He described that he was in his farm one night in 1957 when he saw a red star which started to grow. Before he could escape in his tractor, the now visible space ship had reached him and some humanoid creatures grabbed him into the ship. He said a woman creature appeared after they had taken blood samples from him and they made him have sex with the woman. After that he was dropped back in his farm. He was later tested for any brain deficiency and he came out clean. He was also subjected to a lie detector test which he miraculously passed!