To raise a well-adjusted dog, there are some things you should start doing with your puppy as soon as you bring him home, so that he is well on his way by 16 weeks. 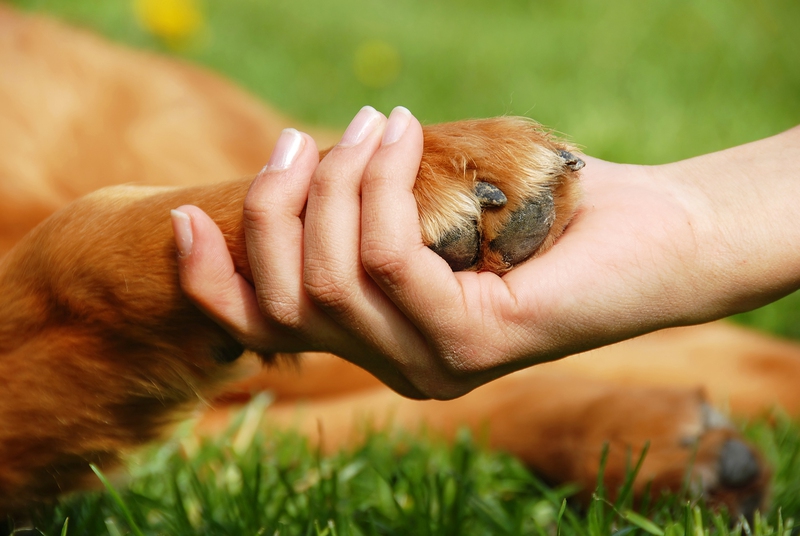 Even if your puppy hasn’t completed all of his vaccinations, it’s important that he meet other dogs and people, and that these be good experiences. Starting Puppy Kindergarten that uses positive methods, as early as possible, can help prevent all sorts of problems later. It allows for socialization in a safe, controlled environment.  You will learn how to read your puppy’s body language, so you know when he is excited, anxious, merely tolerant or has had enough. Puppies are like sponges that learn the skills you train easily, and this training helps you teach your puppy what you want him to do, instead of correcting him all the time.  In Puppy Kindergarten, common puppy problems and solutions are discussed.  And perhaps most important, you and your puppy can build a relationship built on trust right from the start. For more information on why starting early is so important, go to the position statement on puppies by the American Veterinary Society of Animal Behavior. Click here to see our available Puppy Classes.

You will need to touch your puppy all over his body, including in his mouth and between his toes. Puppies can get used to being touched all over, which makes it a lot easier for the vet or groomer or when you give him pills or brush his teeth.  It’s much easier to work on it now than to have a touch sensitive dog later.  You don’t want him to whip around to snap or bite just because he was touched where he doesn’t like it.

Some dogs growl or bite when things are taken away from them (toys, food bowls, bones) or when you get in “their” space (on the bed or sofa).  They should learn not to guard resources as puppies, so it doesn’t crop up later. When you feed your puppy, go by after a few minutes and put a really good food (maybe chicken) in the bowl.  After a while, pick up the bowl before he is finished eating, put chicken in, and return it to him.  He will get the idea that if you take something from him, he can expect something even better coming back.  If your puppy grabs something you don’t want him to have, don’t chase him.  If you do, it’s a game.  Instead, go the opposite way, so he’s chasing you, and trade him for something even better.  I want my shoe, but you can have this yummy chicken. The space on the bed/furniture issue is more a problem of how much he is treated like king of the house.  Little dogs tend to be spoiled more than larger dogs, and they act like it.  You can prevent this by asking him to do something for you before you do something for him. Once he learns to sit, he should sit before you feed him, give a treat, put on his leash, play, enter or leave the house or car.

Puppies have sharp teeth, and they nip. It’s natural. But if you don’t teach bite inhibition now, it could be a problem later when his bite could really hurt someone. Teach your puppy to take treats gently and to play without hurting you.   Hold out a treat for him, but if he grabs it roughly, say “too bad” and pull it back.  When he takes it gently, he gets it.  It may take a while for him to catch on; so, be patient. And if your puppy nips your hand hard enough to hurt in play, say OUCH loud enough to stop him in his tracks. Then, give him an acceptable chew toy (a stuffed Puppy Kong or a Nylabone).  If it happens a second time, say OUCH and walk out of the room. He has just lost his playmate. Go back after 30 seconds or so and try again. If he bites too hard this time, that’s it for now and you leave permanently. Basically, you are interrupting his hard bite with your OUCH, showing him what he can chew, and teaching him that he will not have you around if his bite is too hard.  You have to remember, though, to keep your hands low and slow. If you use your hands as play toys, he’ll treat them as play toys.

Get together with friends who have healthy, vaccinated dogs. Have people over – all ages, races, with and without beards, with and without hats and coats, etc. As your puppy gets older, have him on various floor surfaces, in an elevator, around traffic and bicycles. You get the idea. If you have a fearful or timid puppy, don’t force him into a situation that makes him uncomfortable. Whether your puppy hides or lunges, don’t yell, punish or yank at his leash. Think of it as a signal that you’ll need to help him develop good associations with whatever he reacted badly to. So, next time, give him pea-sized treats in rapid succession the entire time that he is around what frightens him. Socialization can only have the desired effect if your puppy has GOOD experiences; bad experiences can create fears and anxiety. So, supervise your pup closely and don’t put him in situations where another dog, stranger or child could bite, scare or harass him.