Worst Drinks You Will Not Want to Drink

Being a bartender is difficult -- when they're not dealing with some truly terrible people, they have to serve drinks that are objectively awful. To find out exactly which drinks are the worst, we spoke to Patrick Williams, beverage director at Punch Bowl Social, a bowling alley/fun-time palace with an incredible bar program. And while Patrick says you should, "Drink whatever you want. You're always right. No one can tell you what to enjoy," he also thinks you should be brought out of your booze comfort zone. Here's what not to order. 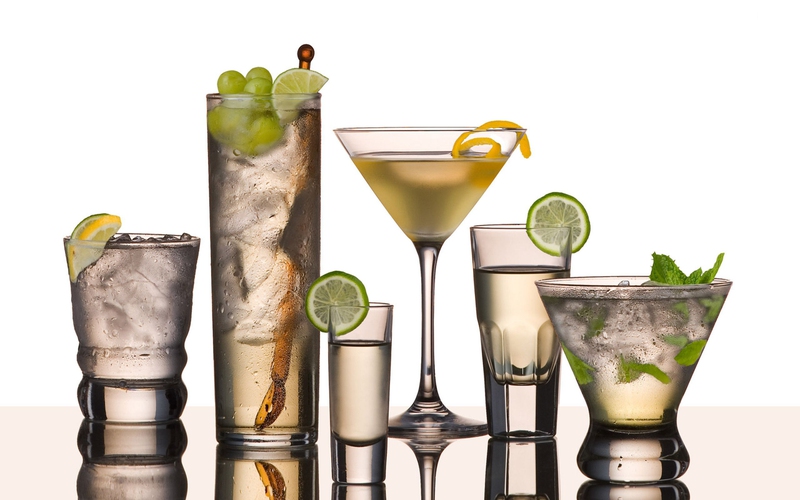 "It's a super-popular drink -- everyone loves it. It's part of brunch culture. And I've never been a fan because usually it's lower-grade sparkling wine. It's never quality wine to start with. People like the value of it -- like, when they get it bottomless. They're drinking a bunch of them, they're going overboard. And it takes a lot of work to keep filling them up and do the bottomless thing."

What to order instead: "The French 75 is a classic drink that every bar can make. It's basically a Tom Collins (gin, lemon juice, simple syrup) topped with sparkling wine. It's a light drink; there's not a whole lot of alcohol to it, and it's good for the morningtime."

Anything called a "-tini"

"That's not a real martini. More specifically, the drink that unfortunately has still not died off: the appletini. The '90s and early 2000s steakhouse cocktail menus all had versions of this drink. Due to its relatively easy production and only needing some form of dyed green apple schnapps, consumers could order them anywhere. They could even call for them when the drink wasn't listed on a menu. I would gather that a guest that orders an appletini enjoys sweeter drinks, doesn't like to taste the spirits in those drinks, and doesn't get out much."

"This is the drink where if someone orders it, we ask for their ID one more time," he said, laughing. "A lot of times it's just amaretto and sour mix. It's another safe one. It's too cloyingly sweet, and is not a balanced drink."

"It's a lot of booze, but usually the lower-shelf stuff -- the well products. It gets thrown into the glass with not a lot of care or effort."

"It's the quintessential bachelorette party drink. Or if you're at an at-work function, the one lady who doesn't get out much -- this is her drink. I call it the bachelorette drink because when some women get in groups, it's all lemon drops. It tastes like sweet lemonade. If you have the right products and you use fresh lemon juice and a good triple sec, orange curacao, and a nice vodka, you can pull off a decent Lemon Drop. The fact that it's called for without seeing it on a menu... it's like the apple martini. People just have the assumption that every bar can make those because it's so great."

"You can see the theme here. It's drinks where there's no thought put into them. Some people have been drinking this for 20 years. That's what they drink. Try something different! Rum is a sugar-based distillate, it's already sweet in its nature. And adding high-fructose corn syrup on top of that -- it's an unhealthy drink in my opinion."

What to order instead: Dark & Stormy (dark rum, ginger beer)