Why Do Men Fall Asleep After Sex?

It is common to hear women ask, why do men fall asleep after sex. Most times, men get exhausted after sex because it is more or less a physical exercise. But physical exhaustion is not the only reason why men feel sleepy after sex. Researches have shown that certain chemicals that help induce sleep are released during ejaculation, which accounts for the tendency for men to drift into a quick nap immediately they reach orgasm. Such brain chemicals signal to the brain that the action is over and it is time to drift to dreamland. 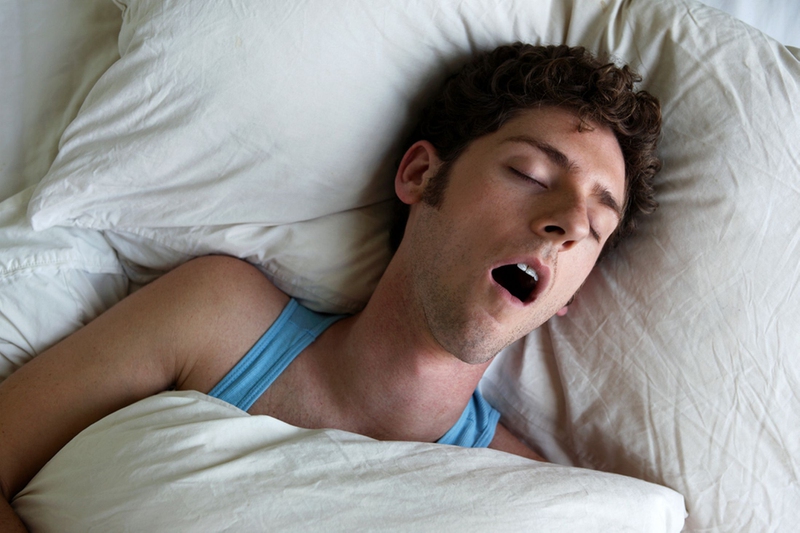 5 Scientific Explanations to Why Do Men Fall Asleep After Sex

The major reasons for sex's sleepy sway: the sex act occurs at night hours, in bed, and most times, it can be quite exhausting (mostly for the man rather than the woman, though there are some variations). So feeling sleepy after sex for the guy is very natural.

A research carried out with positron emission tomography (PET) scans show that to reach orgasm, an individual is primarily required to forget all anxiety and fear. This is also a way to relax the muscles, which explains the urge to fall asleep after sex.

Then the biochemistry of the organism comes into consideration too. According to researches, a mixture of brain chemicals are released by men during ejaculation. These chemicals include, norepinephrine, oxytocin, serotonin, nitric oxide (NO), vasopressin, and prolactin.

Feelings of sexual satisfaction often accompany the release of prolactin. It is equally essential for mediating the recovery time-the waiting period before engaging in another round of action. According to studies, prolactin deficiency leads to faster recovery time in some men. During sleep, prolactin levels are higher, even animals injected with the chemicals become weak immediately. This is proof of a relationship between prolactin and sleep, so suffice it to say that the release of this hormone during sleep is the sole reason why men sleep after sex.

Two other hormones released during sex that can induce sleep are Oxytocin and Vasopressin. They are often released after melatonin-the major hormone responsible for regulating the clock that controls your body. Oxytocin also reduces stress levels, which can also result in the relaxation of the body and sleepiness.

Men Don’t Have A Refractory Period

According to a French scientist, the cerebral cortex, which is in charge of all conscious thoughts is turned off during orgasm. Two other important areas, the amygdala abd cingulate cortex then send a message to the human brain to get rid of all sexual desires by releasing sleep-enhancing chemicals such as opioids and serotonin.

This might be one of the reasons why men often go through a refractory period when they find it hard to get in the mood after an orgasm and. It also explains why do men fall asleep after sex. It is different with women. They do not usually experience a refractory period and can request for more sex when the man is already exhausted and feeling sleepy.

Sleepiness can also be a possible side effect that accompanies another reason for the release of the hormones, oxytocin and vasopressin. Apart from the association of these hormones with sleep, these chemicals are equally involved in pair bonding, the social bond all human mates are known to share. Releasing these brain chemicals when the man reaches orgasm increases the bond and trust that exists between sexual mates. This explains the relationship between sex and emotional bond. This bond favors the survival of a child born to couples as it enhances the act of cooperative child rearing.

Other Possibilities for Men Falling Asleep After Sex

He’s just not that into talking

Another possibility could be his reserved nature. If he is the quiet type, you don't expect him to start ranting after the physical exercise.

It’s not all about him

He may not be the only one to be blamed here. Chances are that you sleep off after sex as well and leaves him with no other choice than to sleep as well.