When to Prune Hydrangea

Hydrangeas are gorgeous flowers that offer big, showy blossoms. So when they don’t bloom, it can leave you feeling as though you did something terribly wrong. There are several reasons that it might not bloom, including not enough sun or too much cold – none of which you can control. One of the things you can control is pruning your hydrangea at the right time to produce the best blossoms. So when should you prune Hydrangea? 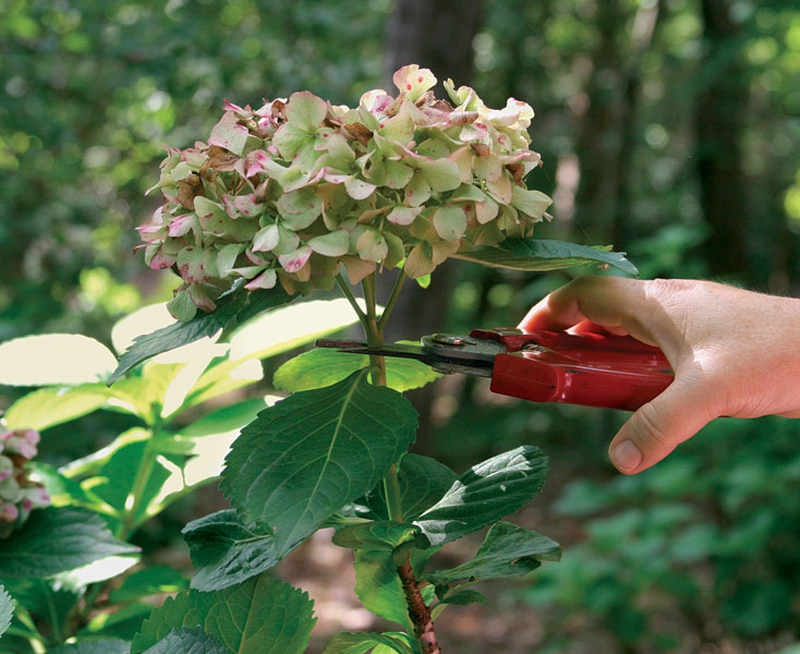 When to Prune Hydrangea

There are numerous types of hydrangea bushes, but one thing is certain: they all benefit when you prune away the dead branches and old blossoms. You can remove those blooms anytime you see fit, but the bush typically needs pruning only when it has become overgrown or scraggly. When you do cut the heads, make sure to do it only to the first set of large leaves underneath the blooms. When the bush is overgrown, cut the stems back all the way to the ground. This might seem vicious, but it works to help the bush grow much thicker.

The pruning time for Hydrangea also depends on different types. Here are some detailed instructions for some common types of hydrangea:

Not certain what variety you have? Remember that no pruning is better than too much pruning, or incorrect pruning. To be safe, simply remove the branches that have been killed by the winter cold, and remove the dead flowers. To make sure the branch is dead, scrape the bark with a knife. If you have green underneath, leave it alone – if it is dark, cut it off. Even the healthiest hydrangeas have dead wood each year, so take your time in figuring out which is dead and which is healthy. When it comes to the blooms, you can cut off the dead ones whenever you like, with no worries – it is simple, straightforward and cannot be done incorrectly. The following video can give you more advice on when to prune Hydrangea:

How to Prune Hydrangea

Knowing when to prune hydrangea is not enough, you gotta know how to prune it properly.

In very cold climates, many people choose to leave the spent blossoms on the plant in order to provide more protection from frost. Cutting them back in the spring is often best. Dead wood should always go when you prune, but consider cutting back the oldest stems as well – they will grow back hardier than ever. If the plant has been neglected for some time, cut off all the stems down to the base and let it grow back in order to rejuvenate the plant.

Any overlong shoots on the climbing hydrangea can be cut back in the spring. Keep in mind that cutting back all the shoots will lead to fewer flowers, so pruning over a period of three or four years will keep the flowers and help the plant as well.

If you see any weak stems or those that appear to have been damaged by snow and frost, cut them back until you find healthy wood. Any stems that touch the ground should be removed immediately to preserve the health of your bushes.