Introduction
11 Unexplainable Things
1 Beneath the Stonehenge
2 The Baltic Sea Object
3 Ghost Boats
4 The Ice Woman of Minnesota
5 What Happened to MH370?
6 The Gedi Ruins
7 The Taos Hum
8 The Miracle of the Sun
9 Megalania or Giant Lizards
10 Intuition

There’s no denying the world is full of mysteries. Sometimes, these mysteries are as obvious as UFOs (what are they really?) and sometimes, they can be unsolved crimes spanning decades, like the identity of Jack the Ripper. Either way, we’ve created a list of the most random and peculiar unexplainable things and we hope that you enjoy our list! 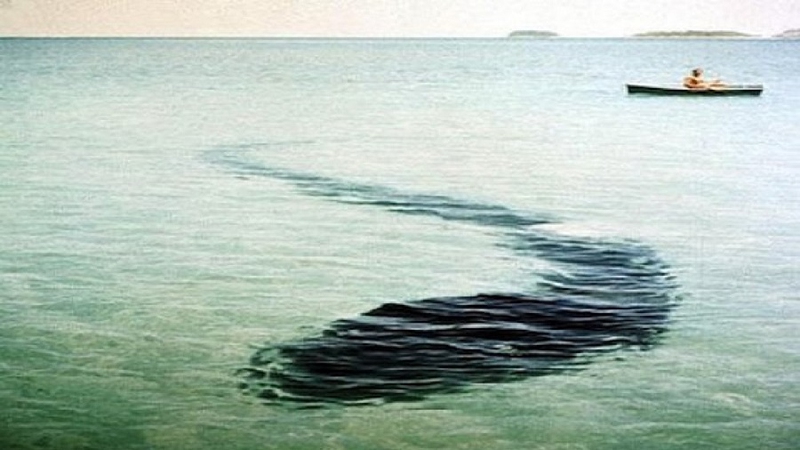 Some mysteries will have long explanations, while some will have short ones. But they are all equally inexplicable!
1

The Stonehenge itself has been the centre of many, many unexplainable things that we have witnessed. But did you know that underground mapping technology showed that the 5,000-year-old stone structure did not always stand there alone? It’s true. The mapping revealed thousands of burial mounds, shrines and other archaeological discoveries for which scientists have no explanation.

Unexplainable things can be found in all places, even under the ocean! 3 years ago, an unusually circular object with quite unique grooves on its surface was found under the Baltic Sea. The object was nothing like we’ve ever seen before, and all sorts of explanation – right from alien objects to secret WWII items, have been put forward. But absolutely nobody knows for sure what it could possibly be.

These ghost boats are wrecked wooden ships that carry dead bodies in them, and several have been found washed ashore the coasts of Japan for the last decades. Who are these people in the boats? Why are they being sent en masse to unknown destinations on the shores of Japan? Who is sending these boats and why is this happening only in Japan?

The Ice Woman of Minnesota

This incident is one of those unexplainable things to which we will never have an answer. It happened in 1980. Teenage Jean Hilliard was driving her car on a freezing night, when she had a car accident. She survived and decided to walk two miles to get to a place she knew. But she collapsed a few metres away from the location. Her body was found the next morning. She was taken to Fosston Hospital. Her body temperature was so low it didn’t even show up on thermometers, and doctors claimed her skin was too hard to pierce with a hypodermic needle. Her eyes were unresponsive to light.

But shockingly, Jean revived just after lying in the warm hospital bed for a few hours. After spending almost 2 months in the hospital, she was discharged and has since then not shown signs of any medical complications. So what happened to her?

Remember the Malaysia Airlines Flight 370 in 2014? It created quite a stir. Even though debris from the plane was found months later, nobody knows what happened to the flight itself. Or its passengers. Did the passengers drown and die? Did they crash into an island and have been surviving there for so many years without any way of contact? Nobody knows.

These ruins are a historical and archaeological site in Eastern Kenya, and they are most famous for not being famous. There’s no mention of any historical records of the existence of this city anywhere, and what’s worse, nobody knows why the inhabitants of this beautiful place just left.

All evidence shows this was a very developed and peaceful community, but factors like plagues, battles and even floods have been eliminated as cause of evacuation. So what really happened?

If you’re into really freaky unexplainable things caused by nature, then this is for you. Taos is a small city in New Mexico. And for years, its residents have been puzzled by this mysterious noise, which can be best described as a faint low-frequency hum, which begins and ends of its own accord. What’s even odder is that only a very small portion of the population, about 2%, has reported to hearing the sound. The other 98% doesn’t even know it exists.

The Miracle of the Sun

This happened near Fátima, Portugal on Sunday October 13, 1917. A crowd, whose size was estimated to be between 30,000 and 100,000 people, witnessed an unusual solar activity that lasted for ten minutes. And after it ended, three children, with no connection to each other whatsoever, claimed to have visions of Our Lady of Fátima, along with a vision of Jesus giving his blessing to people. In fact, such was the intensity of this occurrence that the Roman Catholic Church declared it a miracle in 1930. But what really happened that gave 3 different children exactly the same visions?

This happened way back in 1979 in the land of the weirdest animals – Australia. A lizard measuring an astounding 15 feet was claimed to be found by Australian farmers. But these lizards are thought to be extinct for thousands of years. While a lot of scientists have rubbished these claims, an equal number of scientists have shown interest in these species that mysteriously appeared on the face of the Earth.

Similar to Deja vu, this is yet another feeling/sensation that almost all humans have felt at some times in their lives. And yet, science has no solid explanation for it. So what really is intuition? How do people know something’s good or bad even before coming into contact with it? It’s one of those unexplainable things about the human mind that science may never be able to really solve.