After a hard jogging, it’s normal to feel your chest heaving, heavy arms, and legs or inability to talk. Sometimes, you might even feel like you need to throw up. But worst is a metallic taste in your mouth, taste of blood after running. Why do you taste blood after running? 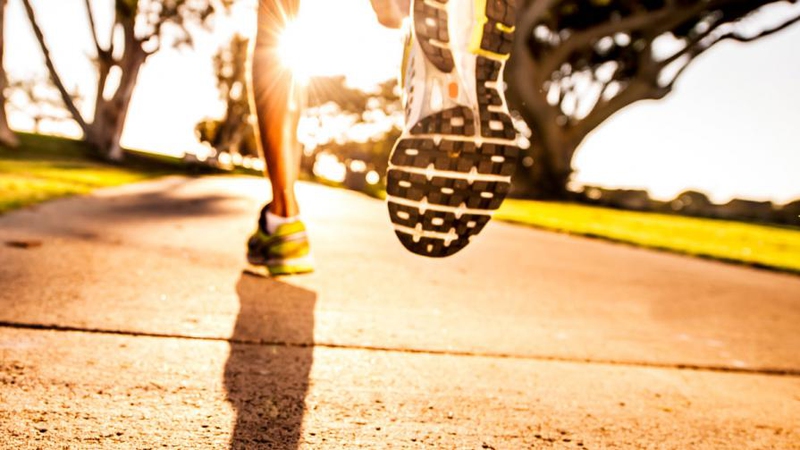 What Causes Taste of Blood After Running?

A taste of blood after running is usually caused by a high-intensity running. This will increase the heart rate and will raise the blood pressure. The pulse rate also increases as the heart pumps more oxygen-rich blood to the muscles. This blood normally needs to pass through the lungs to get oxygenated. During oxygen inhalation, it travels through the respiratory system until it reaches the tiny parts inside the lungs, known as alveoli. Alveoli are the place where the oxygen and the carbon dioxide swap. Around alveoli are tiny blood vessels which branch down into capillary beds. These small blood vessels wrapped around the alveoli are very thin and porous.

This is the reason why this is more common among athletes than other people. In such cases, the blood is forced through the membranous tissue into the lungs and sometimes, even up into the bronchial tree. The cardiopulmonary tract no longer benefits from such intense exercise. A taste of blood after running is no harmful, but this intense exercise will also do no good to you. You should probably take it a little bit slower and listen to your own body.

How to Prevent Tasting Blood After Running?

Having a taste of blood after running in the mouth is not a pleasant thing and often makes a person worried, even though it is not painful.

According to researchers, a simple way to prevent tasting blood after running is to exercise slowly and get the body into a better shape. As mentioned, a taste of blood after running is more likely to occur after a high-intensity running. As you get your body into a better shape, the blood vessels will be in a better condition to handle this higher blood pressure. In this case, you are less likely to have a taste of blood in your mouth.

If you prefer to continue running and not mind about the presence of a bloody taste in your mouth it is all up to you. There’s not a single thing identified so far which shows that if you continue to run you will be in danger. However, it might be a wise thing to just take it slowly for some time or even to stop running until your body recovers.

Even though getting your body in a better shape might help, it’s not for sure that it will completely solve the problem. This can occur even to elite athletes, meaning that it’s not necessary to be in your top physical condition.

How Serious Is This Problem – Taste Blood After Running?

In general, you will have a relief when you stop exercising and take some rest. During rest you will decrease the body demands, meaning that the heart will be able to catch up with the body demands. The fluid accumulated in the lungs will clear out within a short period of time.

An actual heart failure includes other signs and symptoms such as chest pain, shortness of breath, increased heart rate, fatigue, nausea, swelling of the feet and ankles, confusion, impaired thinking, etc. If non of these symptoms are present, this means that your problem is not a serious one and that next time you should take it a little bit slower. However, if you are worried about your health, you should go and seek professional medical help.

Other Possible Symptoms After Running

In cases of a long run, it’s normal to cough and not be able to stop coughing. However, this does not mean that you are sick, but bronchoconstriction is causing it. Bronchoconstriction is a temporary condition in which the small muscles in your lungs contract and spasm due to a high intensity physical exercise. This is more likely to occur in cases when you are not in your top condition. As you continue to run regularly and get into a better physical shape, coughing will become less severe and less frequent.

Running in a cold weather can lead to a runny nose. This is medically known as exercise-induced rhinitis. A runny nose is also common in cases of a dry air or when there are dust and pollen in the air irritating the nasal mucous and leading to excessive mucus production.

An itching sensation while running is also something quite common. There’s actually nothing for you to worry about, your blood vessels are just expanding, as you rapidly increase the running speed. The sudden flow of blood will trigger the nerves near the capillaries, making your brain interpret it and input it as itchiness. In cases when itchiness is accompanied by difficulties breathing, hives, etc., then you should seek medical help as it is probably an allergy.

Difficulty thinking and memory problems are possible after excessive running. This is commonly known as brain fog. In such cases, eat something and drink something to recover.