SRIRACHA: Facts you may not know

By now, everyone knows that Sriracha goes well on everything, but beneath its spicy surface, the ketchup-killing condiment atop our hot sauce power-ranking list holds a wealth of secrets. We've compiled a list of 12 must-know facts to consume before the cock crows all over your eggs/burger/pizza/michelada. 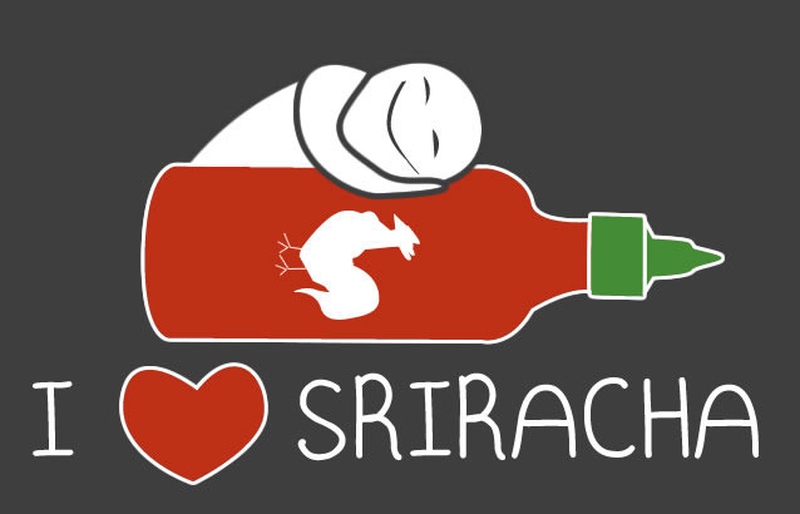 1. You're pronouncing it wrong

2. Sriracha is the type of sauce; Huy Fong is the brand name

Accept no substitutes, even if they're emblazoned with dragons.

3. It's actually significantly less hot than a jalapeño

According to the benchmark of all things spicy, the Scoville scale, Sriracha scores 2,200 points. The red jalapeño peppers used in the sauce lose nearly half of their spiciness in processing, which puts the sauce on par with Fresno and Anaheim peppers -- both of which are about as hot as their namesake cities.

4. They're not just cocky

5. Some dumbass drank 3lbs of the stuff

Spoiler alert: this video ends in a bathroom.

6. The brand name comes from the ship that carried Huy Fong's founder to the US

The founder, who was of Chinese descent, made the original version of Sriracha in Gerber baby food jars before immigrating to the US aboard the Huy Fong and restarting the business.

7. You can cook really good food with it

Bon Appetit came up with 25 delicious recipes, including Sriracha fried chicken. And there's also a cookbook dedicated entirely to the condiment.

8. They produce over a ton of it every hour

The assembly line cranks out 3,000 bottles an hour, 24 hours a day, six days a week. That's roughly 200 tons per week. They sell about 20 million bottles a year.

The rooster took an honorable mention in a Lay's flavor design contest. Pringles and Kettle chips have also rolled out their own Sriracha flavors, and you can grab a Sriracha Quesarito from Taco Bell.

10. There is a documentary

No thanks to you. But luckily, 1,315 other people shelled out the money for a film via Kickstarter.

11. A hot sauce by any other name would smell as sweet

12. It is ranked the number-one hot sauce in the entire universe