There are legends out there about children, who after being born, will develop purple eyes. This is a genetic mutation that has been labeled Alexandria Genesis. The idea behind this disorder is that the child’s eyes will change from blue to the color purple within a span of 6 months. However, is this simply a legend, like everyone thinks? Or are there those out there who have violet eyes? It's a myth that we are going to get some insight in this article. 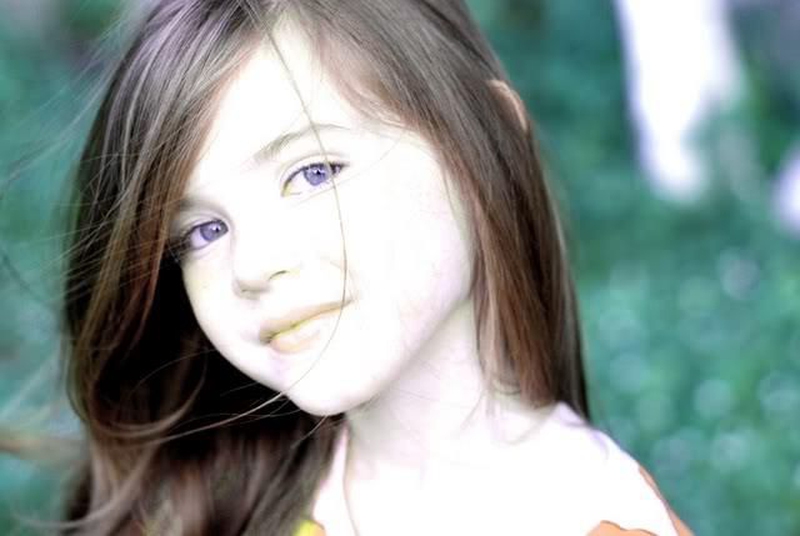 The Legend of Purple Eyes

During the Egyptians reign, the legend stated that one night a bright light was seen outside. Many people went out of their homes to find out what this light was, but they were all affected by the light and their skin became very pale and they developed purple eyes. It is said these features were passed onto their offspring, so that those who do have purple eyes are said to come from ancient Egypt.

The legend stated that those who were affected were eventually shun from the area, and that they all left for Europe, never to be seen again. They are often referred to in history as "Spirit People". Whether the people died out, or simply passed this genetic mutation on to their relatives, is a highly debated topic.

In 1329, Alexandria Augustine was born with beautiful blue eyes. On her first birthday, the blue in her eyes was replaced by a bright purple. Because of this, the village priest was sent for. At that time, people with unusual traits are viewed as witches. However, the priest assured the mother that Alexandria was a very special girl with a gift, and that she should always be taken care of. That was true. Alexandria Augustine's was loved by all the people on the town and her purple eyes were only seen as a huge gift for this lovely girl.

Get Close to the Myths of Purple Eyes

Now let's get into the legend and take a close look at the legendary causes and symptoms of purple eyes to fulfill your curiosity.

What Are the Causes of Purple Eyes in Legends?

Understanding purple eyes raises a lot of questions. However, the following words may help to explain it.

It is said that purple eyes are caused by a genetic mutation that happens in childhood. Most children who develop purple eyes start with blue or silver blue eyes. Over time, the purple becomes more dominant as they grow older, but this mutation does not affect their vision at all. As they age, the purple can deepen or lighten. This is a very rare condition, and those who have this are often thought to be very special and unique.

The symptoms are said to be seen in those with purple eyes. These symptoms include:

The Truth About Purple Eyes

Can Purple Eyes Be Real?

Many people believe the existence of purple eye or Alexandria Genesis. I have done some research and found out some of their explanations:

The Chance Is Very Slim.

It is possible to have a pair of purple eyes, but other traits of the legendary purple eye are too far from real.