Liqueur is a distilled spirit which is sweetened by sugar. The percent starts from 2.5% and the crèmes which are the sweetest going quite far beyond this. Liqueurs can be divided into distinct classes like blueberry liqueur, apricot brand, De Cacao, etc. Orange liqueur is the most commonly used one for cocktails and hence is an essential in a bar. In this article we will get better understanding of orange liqueur. 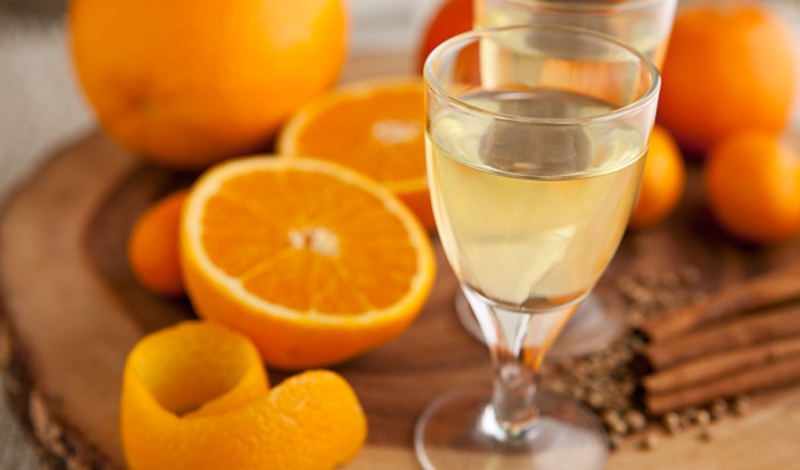 A variety of orange liqueurs are available in the market. The two generic ones are Curacao and Triple Sec.

Curacao was originally made from pot-stilled brandy in the island of Curacao and dried peels of Curacao oranges were used as flavoring. The Spanish settlers brought Valencia oranges to Curacao, however, due to the dry climate, the oranges became bitter and inedible over a period of time. Then it became a wild fruit in the years to follow. Someone found that when the peels were dried in the sun, it gave out a pleasant and fragrant aroma. The distillers in Curacao started using the peels to add the flavor and aroma to the distilled products by 1896.

Curacao is available in four colors: orange, blue, green and white. The most commonly used one is the orange colored. Blue curacao is used widely in making blue colored drinks and is found in many recipes. If a recipe does not specify the color of the curacao, you can use the orange or white one. Green curacao is not very common as orange and blue ones. You can use the color options to make variety of drinks without changing the flavor of the drink.

Triple sec was originated in France and was less sweet than curacao. This is the reason it got the name "sec" which means "dry". The origin of the designation "triple" is not known. It is not a definitely triple distilled product nor is thrice as dry as the curacao or other liqueurs. It could have been just a marketing gimmick to give a boost to the new product and denigrate the competition.

Triple sec is also an orange flavored liqueur. There is a vast variety in the quality of triple sec available. The oldest and most trusted brands of Triple Sec are Cointreau and Combier. A lot of variants are available which are lower in price and quality. It is usually clear in color; however, some may be golden due to the brandy base.

The bar should be stocked with both light and dark based orange liqueur. The most commonly used premium brands are Cointreau for light and Grand Marnier for dark liqueur. You can find other equivalent brands as well.

If you use cheap orange liqueur, it can ruin a perfect cocktail.

When a recipe suggests a different orange liqueur as compared to your favorite one, try using your favorite. There are chances it would be as good and more appealing to you.

When a recipe suggests using orange liqueur without giving details of light or dark, use them depending on the other ingredients. For light flavored gin, rum and tequila you can use curacao, and for brandy or whiskey you can use Grand Marnier. Though it may not always work, you can use this technique as starter.