Is Nonalcoholic Beer Safe During Pregnancy? 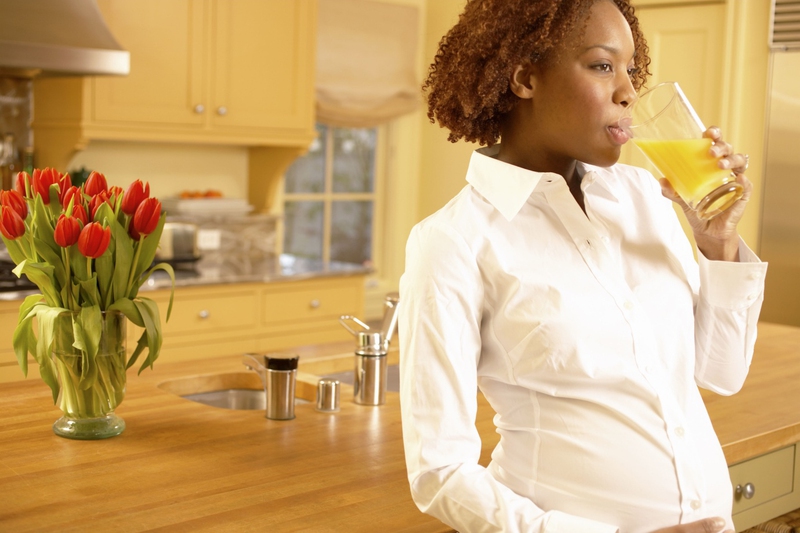 Is Nonalcoholic Beer Safe During Pregnancy?

What is the relationship between nonalcoholic beer and pregnancy? According to the American College of Obstetricians and Gynecologists, the danger to the baby is increased with the quantity of alcohol a pregnant female drinks. Consuming alcohol during pregnancy raises the risk of a miscarriage or giving birth to a preterm baby. The baby can become mentally retarded if a female abuses alcohol during pregnancy. Not even a small amount of alcoholic beverage is considered safe while you are pregnant. Hence, you should avoid wine and beer, even those that are labeled as ‘nonalcoholic’ as this protects your unborn baby from potential problems related to alcohol consumption.

Since the amount of alcohol that can adversely affect a fetus is not known for sure, pregnant females are often advised by physicians to avoid alcoholic beverages. You may drink near beer, nonalcoholic wine or nonalcoholic beer mistakenly believing that you are not compromising the safety of your baby.

Information provided on the labels of some products may actually mislead you, according to researchers. They analyzed 45 beverages that were labeled as containing no alcohol or nonalcoholic. It was revealed that 13 beverages had higher alcohol levels in comparison to what was claimed on the label. 6 beverages that were labeled as no alcohol had greater than one percent alcohol. Their research published in the January 2010 concluded that pregnant females who replaced alcoholic beverages by these products may actually be misled by the information provided on these labels and they would unknowingly expose their babies and themselves to alcohol.

When a pregnant female drinks alcohol, it quickly reaches her developing fetus. The alcohol is more damaging to the developing fetus in comparison to the mother. The liver of the baby is not able to break down alcohol; hence, the alcohol levels in the baby’s blood become the same as the mother’s. Instead of understanding whether nonalcoholic beer and pregnancy are compatible or not, it is best to avoid alcohol during pregnancy as it helps to keep your health concerns at bay.

To keep healthy, you require drinking sufficient amount of water. This holds true even when there is no pregnancy. However, when you are pregnant, the requirement for water is increased. Water is necessary to maintain the health of the blood cells. Water is also required to prevent dehydration that can result in premature labor.

It is another health drink to avoid dehydration. Coconut water is the nature’s best isotonic beverage. It also replenishes natural salts in your body. Hence, next time, to quench your thirst, drink a glass of fresh coconut water.

Lemonade is an excellent way to remain hydrated. It also gives vitamin C to your body. Lemonade is a good option, if you are suffering from morning sickness.

Milk and Drinks Based on Milk

One glass of milk taken every day can make you fit and healthy. This is true not only during pregnancy but also during your entire life. If you don’t like milk, you can consume other drinks prepared from milk such as milkshakes or smoothies that also include the nutrition of fruits. Buttermilk can also be tried. All of these drinks are rich in protein, vitamin B12 and calcium, all vital nutrients required during pregnancy.

It is a well-known fact that fruits are excellent for your health. What about fruit juices? Are they equally good? Though whole fruits are obviously a better option, still fresh fruit juices are also excellent during pregnancy. But avoid packed juices and drink only juices that are freshly prepared.

You require plenty of vegetables for a healthy pregnancy. The best method to include vegetables in your pregnancy diet is to drink freshly prepared vegetable juices. Hundreds of fresh vegetable juice recipes are available that you can try.

If you are pregnant in the summer season, then no beverage can beat the goodness of a cool glass of iced tea. It is also an excellent remedy for morning sickness. However, this drink contains caffeine. So you should limit its intake.

These are great to have when you are partying or holidaying or are present at a social gathering or a pub and seeking a nonalcoholic beverage. They also help you get some of the nutrients required by you and your growing baby.

Drinks You Should Avoid During Pregnancy

After knowing about the healthy and safe drinks you can have while pregnant, let’s discuss some drinks that you should avoid, besides nonalcoholic beer and pregnancy:
1

You believed all that is herbal is safe? Well it is not really so. What effects the numerous ingredients present in so called herbal teas have on pregnancy is not known. Hence, it is better to be safe than sorry. So avoid herbal teas during pregnancy.

Though you require extra energy while you are pregnant; however, energy drink is not the recommended choice. Energy drinks are full of sugar, supplements and caffeine. Stick to a healthy and well balanced diet for your energy requirements instead.