Mucus Fishing Syndrome: What Can You Do to Deal With It?

We all use our eyes every day to do ordinary tasks and see the world around us, but how often do we consider our eye health? There are many ailments that can affect the eyes, which can become very uncomfortable and worrying. Mucus fishing syndrome is one such condition. In this article, we’ll shed light on this disease and how it can be treated. 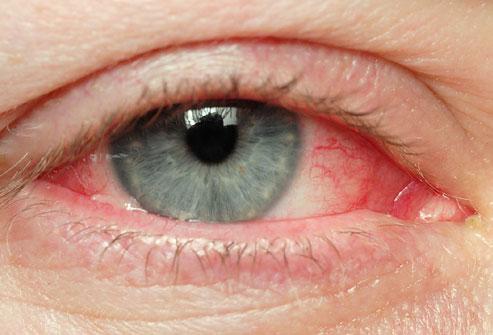 What Is Mucus Fishing Syndrome?

Mucus fishing syndrome is characterized by the constant streaming of mucus from the eyes. Patients usually experience accumulation of stringy mucus in the lower eyelid, which sticks to the surface of the eye and the cornea, affecting vision. Some patients also suffer from redness, itching and irritation in the eyes. The “fishing” part of the condition’s name comes from the fact that patients are frequently “fishing” the mucus out of their eyes with their fingers, cotton buds, tissues or other instruments.

The majority of mucus fishing syndrome cases occurs when surplus mucus production is triggered by a previous or ongoing disease. Common causes include dry eyes, blepharitis, pterygium and both the allergic and viral forms of conjunctivitis. In all these conditions, there is an increase in mucus, which the patient subsequently wipes away from their eyes. However, touching the sensitive surface of the eye or inside of the eyelid increases the inflammation, which in turn produces more mucus. The vicious cycle will continue, even after the initial problem has been resolved.

What Should I Do If I Suffer from Mucus Fishing Syndrome?

Oftentimes, sufferers are unaware of their condition, or, if they do know about it, they are embarrassed to tell others. However, if you do think that you have issues with your eyes, it is important to see an ophthalmologist or optometrist to correctly diagnose your condition. The mucus fishing syndrome cure involves stopping fishing, decreasing the inflammation, breaking up the mucus, and relieving the underlying condition.
1

Avoid touching the whites of your eyes or inner surfaces of your eyelids. It may be a difficult habit to break, but try to constantly distract yourself from thinking about your eyes. You may also want to try wearing something that reminds you not to fish, for example, swimming goggles, sunglasses or gloves. When you first stop touching your eyes, you may notice an initial increase in the amount of mucus, but keep going and you should see an improvement.

Inflammation is the primary cause of excess mucus production. To reduce inflammation, try applying a cold compress to your eyes, or rinsing them with chilled artificial tears. Alternatively, non-preserved steroid eye drops may help.

Once the mucus has disintegrated, it should naturally fall away from your eyes. You can try some drugs to help break it up. N-acetylcysteine is a mucolytic drug that may act as mucus fishing syndrome cure.

Deal With the Underlying Condition

If the mucus fishing syndrome is caused by dry eye or allergies, these conditions will need continuous management. For example, allergies may need ongoing treatment with anti-allergy drops, such as those containing sodium cromoglycate or non-preserved artificial tears.

If these steps are followed, the mucus fishing syndrome should clear up within two weeks.