Dogs love to run and play! The game of fetch is an excellent way for your dog to get in both play and exercise with you. Fetch is a game where you throw something and your dog runs to retrieve the item and bring it back to you. If you were wondering how to teach a dog to fetch, all you have to do is find a favorite toy your dog loves and a place with lots of room to run, then follow the steps below. Some dogs may already know how to play and others may take a little work. Now, wake up your sleepy doggie! IT’S FETCH TIME! 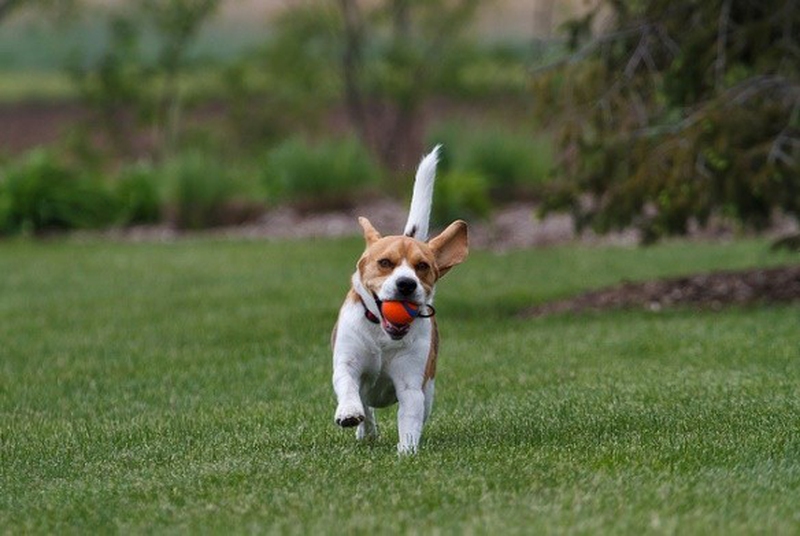 Choose the Right Toy for Your Dog

You will want a favorite toy when learning how to teach your dog to fetch, but make sure that the toy is safe for your dog. Small balls would be swallowed and something that chip or break would hurt your dog. Buy a few quality dog toys and experiment with them around the house to see which one is your dog’s favorite and how he reacts. Here are a few examples of good toys for fetch:

If you are having a hard time getting your dog to even play with any toy, just place a little chicken broth or meat juice on the toy to attract him. You can also place doggie treats in an old sock and tie it at the top.

Train Your Dog to Chase the Toy

You will need to know whether your dog is going to chase the toy or not when you toss it away from yourself. Some will run right after it, but some may lay down for a nap. If this happens, don’t be disappointed at your dog. He just needs time to learn. Here are a few ways you can spark your dog’s interest:

If your dog goes for it happily and goes back with the toy, he or her definitely knows how to fetch! Your dog is so smart!

2. Stuff the Treats into the Toy

If your best friend just lays there and looks up at you with puppy eyes, it means the tug-of-war thing doesn't work on your dog. Next, you can continue to interest him by taking a dog treat and put it inside the toy. Let him sniff out the treat, show him the treat and put it back inside and toss the toy. You can repeat this until he figures out there is a tasty treat for chasing the toy. When he finally goes after it, you can give him the treat.

Train Your Dog to Pick Up the Toy

After your dog is interested in the toy, give it a toss and see if he puts mouth on it. If you don’t have any luck, you chase the toy yourself and grab it... But when he tries to grab it from you, show him praise and reward until he picks up the toy, then give him a treat. Keep tossing the toy further and further away from yourself and reward him with lots of praise and treats each time he picks up the toy.

Your dog may either stand there holding the toy in his mouth or drop it in place. Tell your dog to “pick up your toy” or “get your toy for me.” When he does, reward him again and give praise. Just be patient. You’re almost there!

After some time, doggies understand that when you say “drop it“ they need to give you the toy. If you pick it up and throw it, they will just chase it and bring it back without even seeing a second toy. It just takes time and exercise. Good luck and enjoy the playing time with your dog!

Want to learn more easy tips for teaching your dog to fetch? Watch the video below: