How to Stop Stressing Over a Guy

Ladies, the one thing we’re always better at than men is overanalysing every little thing that men do. But the truth is, the more you stress over a dude, the more it strains your relationship, not to mention your emotional state of mind. I understand that all your dreams and hopes are pinned on this one guy who you hope to marry some day, but stressing over him won’t help. You need to know how to stop stressing over a guy before it ruins everything that you’ve built with him. 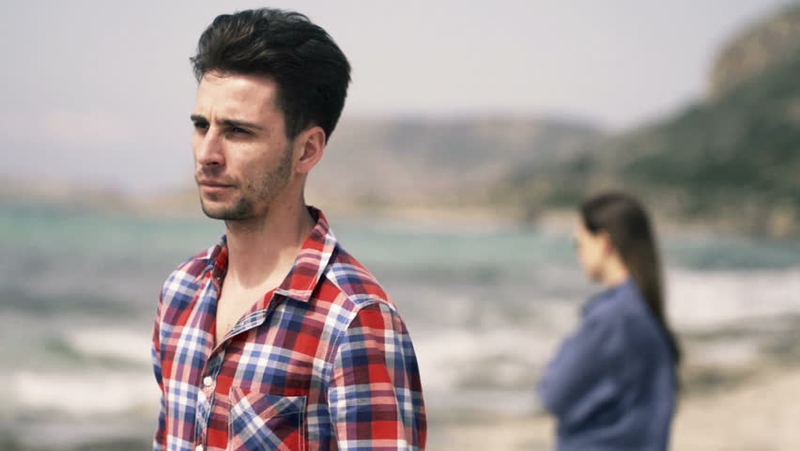 Stressing Over a Guy Pushes Him Away

The first thing you have to know about is that unnecessarily worrying over someone inevitably pushes that person away from you.

He likes you because you’re an independent woman who, despite being in a relationship with him, knows how to have a life independent of him. You’re not clingy or possessive, and that’s a very attractive quality in every woman. But the moment he realizes that you give him so much attention, like making him the centre of your world, that you overanalyse everything he says or does, he’ll immediately feel overwhelmed.

The pressure of living up to your expectations or not disappointing you will eventually become too much for him, forcing him to emotionally withdraw from you.

How to Stop Stressing Over a Guy

Ah, now we’re getting to the good part. Ready? Here’s the major ways of stopping stressing your guy out.
1

Most scenarios in your head never happen

“When I look back on all these worries, I remember the story of the old man who said on his deathbed that he had had a lot of trouble in his life, most of which had never happened.” – Winston Churchill

And it holds true today for every single person on the planet. The thing is that the human brain is a very creative machine. It will create and sustain scenarios of what ifs, buts and whatnots, not realizing that they are just scenarios in the head. They may never come to pass. And even if they do, how does stressing over them right now help you in any way possible? Stressing yourself and your man with imaginary things is not a wise thing to do. So just relax, view your life from a brand new perspective and live in the moment.

Sometimes you think so much and worry so hard that you begin to get an actual headache. And you should know that is the time that you need to stop. I know it’s easier said than done, but how will you know how tough or easy it is without even trying?

The next time you catch yourself getting buried in bad thoughts, go to the bathroom, splash your face with cold water and tell yourself, "No. Not today. No more. I am not going to suck myself into an endless loop or unnecessary worry. Enough is enough."

If you think your mind’s going crazy with conspiracy theories or worries, then don’t keep them to yourself. Share them with someone you trust. This helps you on two levels. First, you obviously get to share a burden that you’ve been carrying for so long. Second, it allows you to see your worries from an outside and often fresh perspective. Once you do it, often you see your worries in a new light.

How to stop stressing over a guy? Well, distraction is a good way to go.
An empty mind is the devil’s workshop, and perhaps the only reason you stress yourself over this guy is because you have a lot of free time on your hands. Get yourself a new hobby. Try out things you always wanted to do, but never did for whatever reasons. Explore your city or go help at your local homeless shelter. Hang out more, make new friends or simply give yourself a lot more "me" time outside your home. You can also spend time upcycling used materials lying around your home or give your apartment a makeover. My point is – there are hundreds of better things for you to do than to stress over him.

Sometimes, the best way for you to release all your tensions and worries is by getting some exercises. Our bodies release endorphins, chemicals which trigger a positive feeling in the body, similar to that of morphine. So basically, you become happy without having to do any drugs or getting drunk. If you think going to the gym is a little too expensive for you, no worries. Open YouTube and search one of the hundreds of thousands of videos it has on aerobics, pilates, weight lifting, HIIT and what not. You’re sure to find something there up your alley.

Know that he's not as worried as you do

That’s the thing about worriers – people always think that just because an imaginary situation is bad for them, the other person would think of it as badly. Nah. Your guy’s way too busy with his life to fret over nonexistent issues, for sure. This again means all your worries are unnecessary. You need to accept this and bear it in mind when working on how to stop stressing over a guy.

If you ever do doubt or worry about something related to your guy, then why not talk to him directly? Keeping it inside your heart is not going to do you good because you won’t have any answers. Sit down, have a heart to heart talk with him. By the end of the chat you will feel the burden lift off your shoulders – you’ll have an answer and you’ll finally be at ease.