How to Stop Frequent Urination Naturally

Urinary incontinence or frequent urination problem is a condition that is characterized by a higher than normal frequency of urination and repeated urge to urinate than average. It is believed by healthcare providers that urinating more than 4 to 8 times per day is completely normal and represents a healthy urinary system; however, urinating for more than 6 times per day can be problematic for an average person with normal water intake. A higher desire to urinate can be physiological (such as excessive water and fluids intake) or pathological (i.e. in the setting of an underlying medical condition). This article entails some causes and how to stop frequent urination naturally. 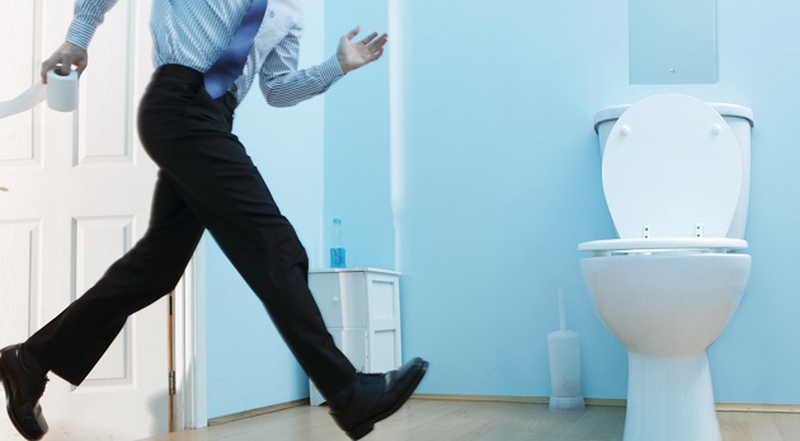 How to Stop Frequent Urination Naturally

One of the most common reasons for urinating frequently is excessive intake of fluids. So the first answers to how to stop urinate naturally is drinking water wisely. If the person can reduce the amount of fluids he consumes per day, than the problem of urinary urgency can be solved. But if you drink too few fluids, you may have to go more to get the excessive waste out of your body.

A person can manage his fluid intake by taking a glass of fluids in between meals and no more than 16 ounces during meals. However it should be understood that decreasing the fluid intake cannot resolve urinary incontinence due to any other underlying cause.

Caffeine and alcohol serve as the central nervous system stimulants and diuretics i.e. they increase the urinary flow and urinary output. Reducing the caffeine from all sources including morning tea, chocolate, soda, and certain medications can successfully decrease the urge of urination.

According to research done by National Association for Continence, investigators suggested that the caffeine intake should be reduced to 100 milligrams per day or below for the effective control of urinary urgency.

Artificial sweeteners can increase your frequency and urges of urination, so excessive intake should be avoided. According to National Association for Continence, a person must replace all the sources of artificially sweetened and sugary drinks with water. Some of the common artificial sweetener culprits include aspartame, acesulfame K and saccharine.

Being obese or over weight increases the risk of developing multiple diseases, because accumulation of fat around the pelvic floor increases the pressure on pelvic structures resulting in an increase in the urinary frequency. That's why pregnant women go to bathroom more often than a normal person. Guidance from physician can be taken to ensure healthy weight loss.

Just as you note down what you eat per day to help in maintaining the calories, in the similar fashion, recording and noting down the symptoms of urinary complaints helps in diagnosing the root cause of urinary problem.

Writing down the total fluid intake and the type of fluids you drink per day helps the physician to appropriately diagnose the problem and manage the condition.

Bladder retraining is recommended for individuals with overactive bladder. In this training, the individual is asked to hold the urine for a slightly longer duration than he usually does.

The time of holding the urine is gradually increased and this is practiced for approximately 12 weeks. This training helps limit the frequency of urination and reduce its urgency.

For better understanding of bladder retraining please refer to this video:

It is recommended to at least urinate twice before going to bed or sleep. First go to bathroom, brush the teeth go to bed and just before lying down, urinate again even if the urgency is not felt.

Diet plays an important role in both increasing and decreasing the urinary flow and output. The problem of frequent urination can be greatly controlled and in many cases solved by diet.

Be sure to avoid the following foods which can aggravate your condition and can increase frequent urination: fermented foods, rhubarb, spinach, red meat, caffeinated products and vinegar.

Kegel’s exercise is recommended for women who want to reduce the urgency of urination and leakage. It has been observed that urinary leakage is mainly due to reduced or compromised activity of voluntary pelvic muscles. These muscles are squeezed in kegel exercise to improve their strength and endurance.

This exercise gives best result if performed 4 times a day. Some small cone-like weights (referred to as vaginal weights) can be inserted in vagina to increase the outcomes from kegel exercise because you have to contract your muscles around the pelvis area to hold these weights. This exercise can be done by all patients who want to strengthen the pelvic floor musculature.

For better understanding of kegel exercise, please refer to this video:

When to See a Doctor

If all the above mentioned methods on how to stop urinate naturally fails, you should consult a doctor to make sure every thing's all right.

Consultation with the physician is necessary if any of the following signs or symptoms is appearing along with frequent urination.

● Painful ejaculation or discharge from vagina