Can You Pass an EtG Test After Drinking?

When an employer, probation officer, rehab counselor or other authority figure wants to know if someone has been drinking, they use to have to depend on standard technologies like blood, breath, saliva, or urine tests. These would work but only if a short time had elapsed since the person had consumed alcoholic beverages. The body eliminates alcohol swiftly at approximately one drink an hour. That means if you were consuming alcohol heavily but stopped at 10 p.m., you would be able to pass one of these standardized tests by 9 a.m. the next morning. Now, thanks to a new technology known as EtG testing, it is possible to tell as much as 5 days later when you have indulged in alcoholic beverages. 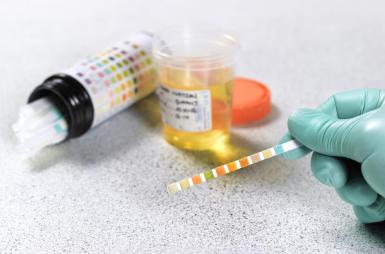 What Is an EtG Test?

Ethyl Glucuronide is a natural by-product produced by the body after consuming alcoholic beverages (ethanol). Although the body may have already eliminated the ethanol itself, ethyl glucuronide remains in the system much longer and can definitively indicate the consumption of alcohol for up to 80 hours.

This test is conducted with a urine sample and is often used to monitor people who have been court-ordered not to drink or by employers who restrict alcohol consumption. It can detect both abstinence and consumption.

How to Pass an EtG Test After Drinking

If you’re wondering how to beat an EtG urine alcohol test, the best way is obvious - just don’t drink. Some people suggest drinking loads of water after consuming alcohol will flush out the system but this method is unreliable. The test can tell if your urine has been diluted with excess water and if that happens, you fail.

It has also been suggested that taking a creatine supplement and Vitamin B will help mask the fact that you attempted to dilute the urine sample.

There are very few helpful answers to how to pass an EtG test after drinking. It is difficult if not impossible to do. Some people report passing it after 48-65 hours and that’s after drinking lots of fluids and working out until you sweat profusely. Still there is no guarantee. Of course, it does depend on how much you drank, but even a little bit of alcohol can be spotted with an EtG urine test.

The test is so sensitive, it even detects traces of alcohol in common household products you may have used, such as hand sanitizers, cough syrups, antiperspirants, laundry detergents, and numerous others which can result in a false positive. That is one reason why this test remains controversial in some areas.