How to Dispose Of Antifreeze: Find the Nearest Auto Parts Store

Introduction
How to Dispose Of Antifreeze
1 Find the Nearest Auto Parts Store
2 Reuse the Antifreeze: Another Beneficial Way of Disposing of Antifreeze
3 What About Recycling Antifreeze?

Antifreeze, or coolant, is the Kool-Aid colored liquid (ranging from lime green to cherry red) used in radiators. As attractive and thirst quenching the fluid looks, it’s not something you will ever want to have anywhere near the picnic table. Animals, humans and waterways can be in serious harm if they come in contact with this hazardous material. For those responsible people who replace antifreeze themselves, dumping antifreeze down the nearby storm sewer or drainage must be avoided at all cost. How to dispose of antifreeze? Here are some ways you can safely dispose of your antifreeze. 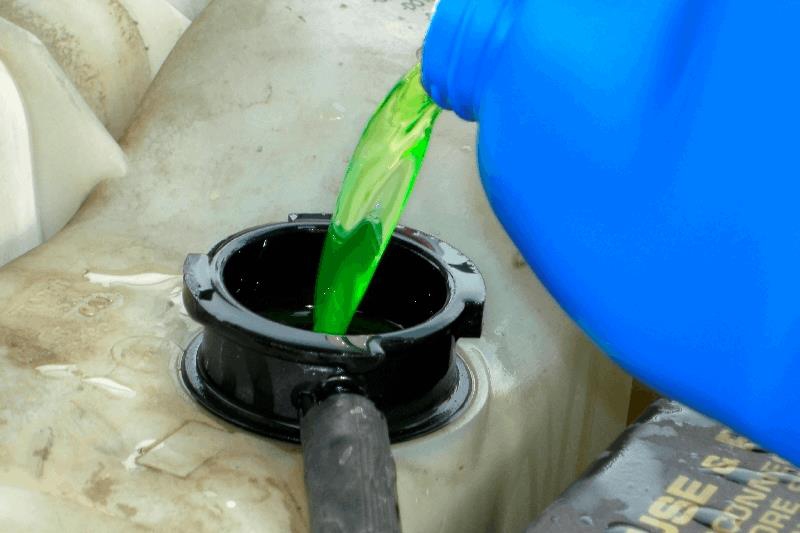 How to Dispose Of Antifreeze

Back in the days of the automobile industry, car owners and mechanics alike would have zero qualms of getting rid of the antifreeze, pouring it on the ground and letting it soak in or down the drain. Antifreeze also happens to be effective in reducing road dust that families living in rural areas will dump it in gravel porches of their home. Over the years, we grew more environmentally concerned because we are slightly more terrible people back then, with that comes regulations and development of proper methods to dispose of antifreeze as environmentally friendly as possible.

The easiest way of how to dispose of antifreeze is to have the auto parts store take care of it for you. Simply pour the antifreeze in a tightly sealed container, hand it to an automobile store for the workers to dispose of it. Most mechanics would agree to get rid of your antifreeze, usually anyway. Remember that antifreeze is a hazardous chemical, the easy attempt of disposing of them in a drain is considered breaking the law, resulting in a hefty fine or landing you in jail.

Reuse the Antifreeze: Another Beneficial Way of Disposing of Antifreeze

You could actually just recycle your antifreeze and it will work perfectly just as new. Repeated studies have been done by the Society of Automotive Engineers and the American Society of Testing and Materials to determine that the recycled products are as effective as the new ones. In fact, secondhand antifreeze works better since having the chemical recycled removes the chloride components often used in manufacturing new antifreeze.

If your antifreeze is relatively in a good condition or unused, save it for next time or pass it to your friend, family or neighbor to utilize it.

What About Recycling Antifreeze?

Recycling antifreeze is an excellent idea because it saves resources and is much more cost-effective than buying a new one. One of the primary active ingredients in the chemical is ethylene glycol, which is produced from the finite, non-renewable natural gas. If you set up a business that makes use of tons of antifreeze, having a recycling program will significantly cut down on the cost. Using the latest technology, investing on an antifreeze recycler to use right on the site will put you at a much savings than constantly restocking on new antifreeze.

The recycler works in two steps. First filtrate it, including the process of reverse osmosis, distillation and ion exchanging to get rid of any contaminants in the chemical, such as heavy metal particles or emulsified oils. Then to restore the critical antifreeze property, simply use additives. These additives stabilize pH or raise it as appropriate, inhibit corrosion and rust, minimize water scaling and the most important part, slowing down the decomposition of ethylene glycol.