How to Clean Belly Button

Washing the face, under arms and hands and even the area behind the ears is a common component of bathing but the belly button is always neglected when it comes to bathing. Usually people do not consider cleaning the belly button as an important aspect of personal hygiene even though it is necessary.

The belly button is among the hardest areas to clean and since people don’t clean it regularly, a great deal of muck, dirt and grime gathers in there. Since the belly button is quite deep and the muck sticks to the soft skin, it becomes almost impossible for a person to clean this area. This is why most people wonder how to clean belly button. There are some ways that can be used for cleaning the belly button that are simple to perform and can help you in showing off your six-pack abs. 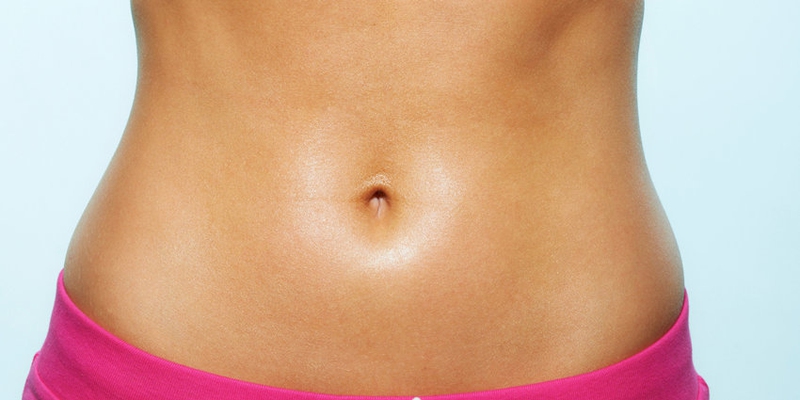 How to Clean Belly Button

Dip the head of the cotton swab into the cleaning solution you are using and then poke the area in and around the belly button. Move gently and be careful not to rub too hard inside the navel.

Discard old swabs and repeat the process if your navel is still dirty. You should only need one or two takes and you're good to go. When you're done, take a clean swab and gently clean out any remaining cleaning solution still present in the navel. Make sure to get as much water, baby oil, hydrogen peroxide, or rubbing alcohol from your belly button as possible.

Take some Neosporin and work it around your navel if your belly button is dry. Rub it slowly in a circular pattern and get it in the middle too. After this, remove the cream with a swab.

Should You Clean Belly Button?

The naked eye is not capable of observing the inner most secrets of the belly button and it is good that it can’t, because what is present there is shocking to say the least. Every person’s belly button is a diverse microbial jungle that also contains dead skin, lint, dirt and dried sweat. People who are extremely careful about their personal hygiene and shower 10 times a day still have hundreds of bacteria living in their belly buttons. The belly button is like a kangaroo’s pouch that is home to a number of fungal and bacterial organisms. Having read all this you must be desperate to know how to clean belly button but read a little more.

A team of researchers from the North Carolina State University decided to unravel the mysteries hiding in the belly button. They named their project the Belly Button Biodiversity (BBB) project which became quite famous. The researcher swabbed 60 belly buttons in the initial experiments of their project and found more than 2,300 species of bacteria in the specimens. The research was published in PLOS ONE, a scientific research journal.

Having known that the hard stuff in belly button is actually microscopic organisms, it is only natural that you are thinking about cleaning your belly button as soon as possible but don’t be so hasty. It is a lesser known fact that a number of the bacteria live in our bodies without harming us. The results of the BBB project show that bacteria present in belly button are not that harmful. Thus, it is not compulsory for you to immediately start cleaning your belly button; however, to get peace of mind, you can scrub the area every now and then.

Cleaning the belly button is likely to produce weird and unwanted sensations in some people.

When to Clean Belly Button

People having navel piercings should consider cleaning the belly button more regularly than others. The metal piercings in combination with water and grime can give rise to foul odor and infections too. You should consult your doctor on how to clean belly button if you have piercings.