How Long Does It Take For Pipes to Freeze?

Introduction
Part 1
1 How Long Does It Take For Pipes to Freeze?
2 How to Prevent Pipes from Freezing
3 What Should Be Done When Pipes Are Frozen?
4 How to Thaw Frozen Pipes

Freezing of pipes and then bursting is very common at some places, especially in winters. This happens due to the expansion of water when it freezes under sub-zero temperatures. Many people are in search of the answer to this simple query that “How long does it take for pipes to freeze in a house with no heat?” How long does it takes for pipes to freeze? This article give you the answer to the question, help you prevent from the hassle frozen pipes and will tell you how to deal with them. 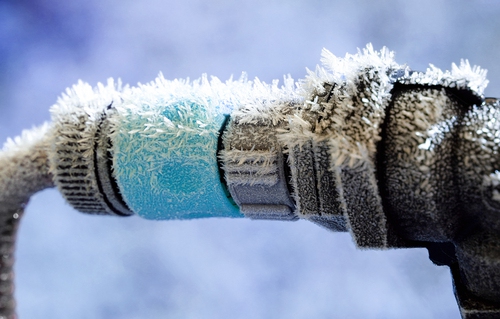 How Long Does It Take For Pipes to Freeze?

To determine how long does it take for pipes to freeze, the ASHRAE (American Society of Refrigeration and Air conditioning Engineers) handbook has published the analysis in which they have estimated the time an insulated pipe takes to freeze. You need the following information to learn how much it takes for pipes to freeze in extreme temperatures:

The scientists have published a table that is based on the size of pipes along with the insulation thickness and other parameters. They took the measurements or dimensions of the pipe (of 2’’ with insulation of 1.5 inches) at a temperature of 42 °F and then took the measurements at a temperature of -18 °F in a very limited time. The results showed that the pipe froze in 1.4 hours.

The example is a bit biased especially when considering the places with extremely low temperatures like northern Canada, but experiments like these have also been done in places of extreme conditions so that the results can be implemented at other places, including southern states where the pipe with similar characteristics will freeze in around 4.6 hours when exposed to a temperature of 20 °F.

How to Prevent Pipes from Freezing

It’s easy to prevent pipes from freezing; you just need to follow the following simple tips:

What Should Be Done When Pipes Are Frozen?

There are numerous ways to deal with frozen pipes, the solution has to be selected depending on the condition if it is simple freezing or it has cracks/bursts causing water damage. It is best to find out the problem as early as possible for better and early solution. If you find your pipe leaking or cracked before complete eruption, you can simply turn on the faucet to halt the water flow. If any pipe of 1/8-inch gets cracked, it sprays water more than 250 gallons in day which can completely destroy your home, furniture and other valuables. In situation like this, plumber only cannot help. The steps that can be taken to deal with freezing pipes include:

How to Thaw Frozen Pipes

Thawing helps in restoring the normal temperature and restoring normal circulation in the pipes. Please watch the video to know how you can thaw your frozen pipe.

The situation of frozen pipes needs to be handled properly with extra care, if mistreated they can be disaster for your house. Follow the tips carefully that has been provided for the query to avoid any inconvenience later on.