11 Foods to Avoid While You're Breastfeeding

Some foods have the capacity to change the flavor of your breast milk. If consumed in small quantities, this change may go unnoticed but if you consume in large doses or eat something that is strongly flavored, then the difference in the taste of breast milk may immediately be noticed by your child, thereby creating a fuss. Sometimes, your child might also turn out to be allergic to certain food items like nuts, lactose, etc. especially if the allergy runs on his father’s side. This is why it’s important to keep an eye out for foods to not eat while you're breastfeeding. 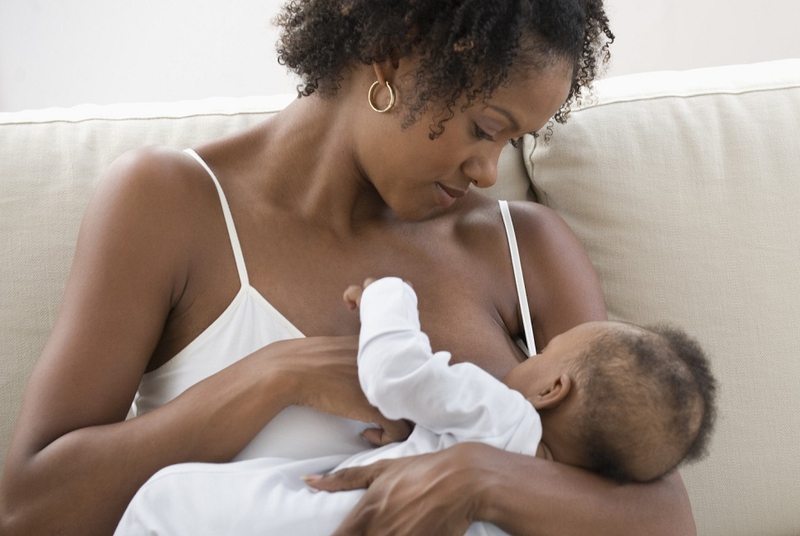 Foods to Avoid While Breastfeeding

This list contains some of the most common foods that should be avoided while breastfeeding. Of course, it doesn’t necessarily mean you have to abstain yourself from them – it means that you have to be careful while eating or drinking them, especially in large portions.
1

Foods made from wheat

They have been shown to cause allergic reactions in children, especially those with a family history of such reactions.

There’s no denying that onions have an extremely strong smell as well as a strong after taste. There’s zero harm in eating a bucket full of onions, if that’s your thing. But it’s entirely possible that your child may not like the taste of your milk after you consume so much onion. It may also be the reason why he’s been avoiding breastfeeding lately.

It’s great that you’re including green veggies in your diet, but their consumption means your child’s body will take time to digest them. This in turn might upset their delicate tummies or even give them gas. But there’s nothing to worry about; just switch to cooked green veggies because they produce a considerably low amount of gas. If that still doesn’t work, then it’s time to temporarily switch to other veggies because raw green veggies are definite foods to avoid while breastfeeding in such cases.

After a huge gap of 9 months, the first thing you’d want to do after a day of hard work is to grab a glass of wine or beer to just relax, right? To be honest, there’s nothing wrong in downing a glass of wine every once in a while. Contrary to what people think, alcohol doesn’t accumulate in your milk, so there is no need to pump your breasts to get some of the “alcoholic milk” out. Even so, wait for a few hours so that the alcohol has safely left your body, and then begin feeding your child.

The bodies of babies aren’t exactly built to survive on any milk except their mothers’ breast milk. I mean sure you can feed them, but seeing how 2/3 of the world’s population is lactose intolerant, I’d advise you strongly against it, especially if your hubby has a history of lactose intolerance in his family. Opt for the much healthier (and might I add, cruelty free) almond or soy milk.

Caffeine can easily pass through your bloodstream, which in turn means it can get into your breast milk. If your child gets a taste of caffeine, she might stay awake much late at night and, in extreme cases, might even develop a mild addiction to it. Don’t drink more than 2 cups of coffee per day, and you’re golden and don’t have to worry about caffeine being among foods to avoid while breastfeeding.

Peppermint, when taken in large doses, has shown to inhibit a mother’s milk production. In fact in certain parts of the world, peppermint is used by mothers to stop their milk production after they’re completely done breastfeeding their children.

Of course, the occasional cup of peppermint tea or even a few chewing gums or mouth fresheners a few times a day won’t harm you. Even so, if you still notice that the amount of milk you produce is not as much as it used to be, then it’s time to lay off peppermint completely.

Now I understand eating processed foods or even prepackaged foods is very convenient for mothers who are overworked and overwhelmed, especially if they’re first time mothers. But here’s the catch – such foods all contain an unnecessarily high number of preservatives and chemicals that may not affect you, but might have an adverse reaction on your child. If you don’t have any other choice, at least make sure you’re reading the labels on the foods your purchase, because some companies declare that their food isn’t safe for children and lactating mothers.

Well, apart from drastically changing the taste of your milk and making them spicy and difficult to drink for babies, spices are should be avoided while breastfeeding because they can end up causing acidity to your baby.

Lentils and legumes are an excellent source of protein for vegans and vegetarians, but unfortunately, consuming high quantities can result in your baby having gas or a bloated stomach. You can simply choose to reduce your portion size, but in case that doesn’t work, you can always opt for protein rich options like soy milk instead for your protein needs.

Now, you never thought that chocolates could ever be one of the foods to avoid while breastfeeding? But sadly, it’s true. Some chocolates contain a high amount of caffeine, and if you’re finding yourself with a hyperactive baby that simply refuses to go to sleep, then your binge eating of chocolates might be to blame.