7 Essential Elephant Facts You Should Know

If you have ever seen elephants or been near any, you would know that they are one of the most fascinating and amazing animals on the planet. Not only are they enormous, they are also truly majestic. Their characteristics are unique and no other animal is truly like them. They have large floppy ears and a long trunk along with hard ivory tusks. More than that, they weigh in tons and have a remarkable memory. 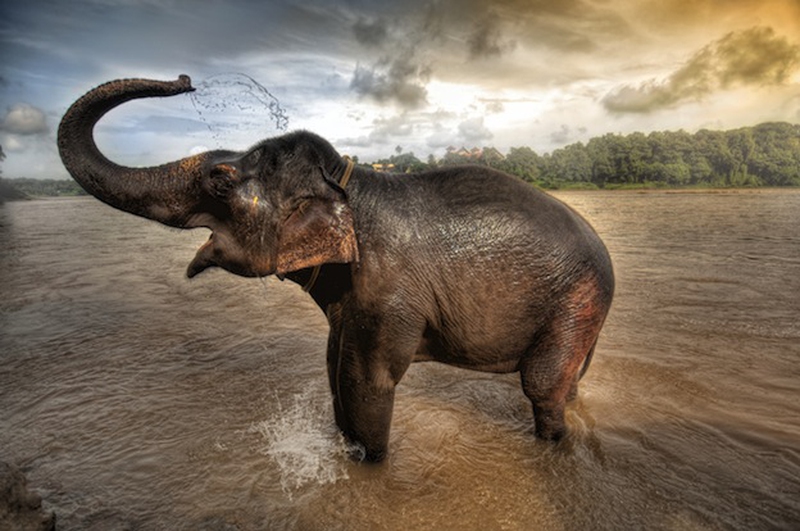 6 Essential Facts About Elephants That You Should Know

The diet of elephants basically consists of green plants. Elephants are herbivore, which means that they do not eat the meat of other animals around them. Here are a few things that elephants like to include in their daily diet:

It is common knowledge that an adult elephant eat at least 300 to 400 pounds worth of food every single day.

Elephants are found in many different areas of the world such as the African savannah or in the many other savannah zones in 37 countries of the world. These animals are also found in rainforests, particularly in West and Central Africa. However, there are certain Asian elephants that are found in China, India, Bangladesh, Sri-Lanka and Pakistan alone.

According to studies done very recently, it has been found that the African elephant that dwells in the forest is actually very genetically distinct specie of elephants. This particular piece of information makes it a third kind of species in the elephant list.

Elephants are kind and happy animals that focus on familial ties and have matriarchal love. They live in herds and respect the leading female member of the herd. This female member is popularly known as the matriarch in the elephant kingdom. A herd can consist of either 8 elephants or as much as a hundred elephants in the same place.

They are intelligent animals and as you may have already read, they have remarkable memories, which can span years. They also experience joy, anger and grief and tend to be playful quite often. They can communicate over long distances with one another by making use of a sonic rumble which can travel through the ground instead of travelling through air. This is a faster mode of communication.

Most of the time elephants mate in the rainy season and their gestation period is as long as 22 months. They usually give birth to a single calf at a time. There is a rare possibility that an elephant may give birth to two calves at a time.

The baby elephants weigh at least 200 to 250 pounds at the time of birth. They do not have toned muscles, especially in their trunk area. However, as time passes, they suckle on it to make it more toned.

At one time, a single calf is born to a single elephant but if a calf is orphaned, it will be adopted by other elephants in the same herd, and the calf is suckled by other lactating female elephants. Elephants are very particular and attentive mothers and take care of their offspring for many years.

The baby elephants will have their tusks around 16 months, yet will not show until they grow to 30 months. Suckling with its mouth, the calf will be weaned at 4 or 5 years old due to the growth of the tusks which are around 5 or 6 inches.

The conservation of elephants is gradually becoming an issue. Illegal ivory poaching has driven many elephants at the risk of extinction. At 2004, with 70% to 85% of the population living under no protection, the elephants had been listed on IUCN's Red List of Threatened Species. Asian elephants face extinction in most habitats. Scattering in 13 Asian countries, merely 20,000 to 25,000 herds of elephants exist, living in fragmented habitats.

Here we proposed that stop consuming ivory commercials to give a hand on the conservation of elephants.

More Interesting Elephant Facts You Should Not Miss

Here are a number of elephant facts that you should not miss. Have the time of your life while surfing through these elephant facts:
1

They live in herds and groups which are led by the oldest elephant in the herd. This elephant is considered to be the wisest of them all and is always the female. Turns out the elephants believe good leadership can only be in the female gene.

Whenever any male elephant reaches 12 years of age, it tends to leave the herd. This is the custom in the animal world. Such elephants then form up a bachelor herd, which allows them to stay together until they reach the appropriate age for a solitary life on their own.

Elephants by principle only sleep for 2 or 3 hours in one single day. They spend the rest of their time consuming food.

Elephants are herbivores which mean that they only consume plants. They tend to prefer acacia and many people have deduced that it is their favorite food.

Elephants are afraid of ants. If there are any ants on a tree, they will move away from it completely, as they believe that the ants can damage their sensitive trunks.

The trunk is actually a fusion of the elephant's nose and its upper lip. Young elephants, during their childhood, tend to suck their trunks as many children suck their thumb when they are tiny little babies. This makes the baby elephants feel comfortable.

Elephants that spend their lives in captivity tend to be more artistic and use their trunks for that purpose. They can paint pictures and even hold a brush with their trunk.