Introduction
Creepiest Things Ever Found
1 The Giant Eye
2 Ku Klux What?
3 Scratch Marks
4 The Monster Claimed to Be Raccoon
5 When the Baby Was SAFE
6 A Circle in the Middle of Nowhere

The world is full of mysterious things. But really, who could be more mysterious than human beings themselves? Surprised? Don’t be. Humans always have the capacity to outdo each other, whether in good ways or bad. And that is exactly where this story is headed – the creepiest things found in the globe, all thanks to us human beings. 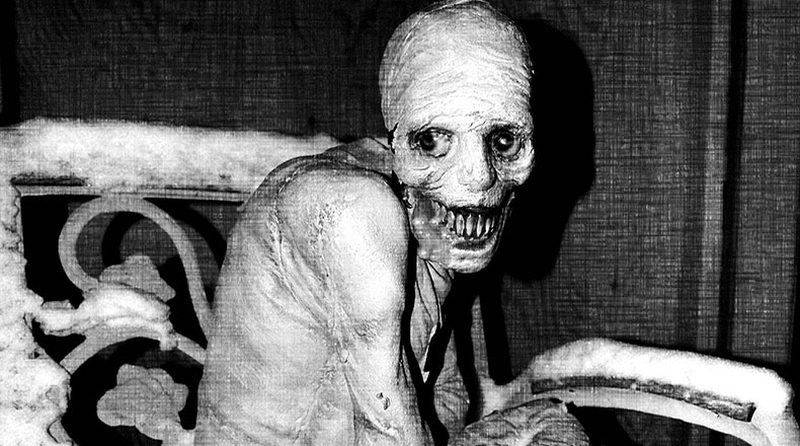 Some things may shock you, some may freak you out, while some may make you wonder if there really are beings that live beyond us on Earth….
1

Sharks, sea snakes, jellyfishes…..have already kept a lot of people out of the beautiful ocean. But the giant eyeballs floated onto the beach in Fort Lauderdale, Florida just makes things worse. This giant eye was taken home and kept in a fridge after he kicked it many times on the beach. He notified the FWC or Florida Fish and Wildlife Conservation Commission to retrieve and identify it. The soft eyeball is so big that it need two hands to carry or hold it. So, just think how big its owner should have been. Or imagine what its owner is…….

A working nurse reported seeing a weird man on her way home. He was wearing the Ku Klux Klan dress (presumably a Halloween costume) and he was sitting quietly on the bench, right opposite the hospital. Since it was night time, not many people were on duty which is why he went unnoticed, till the time the nurse saw him sitting there, just staring.

So, this one happened 3.5 years ago to a couple in Texas. New neighbors had moved in right next to their home, and as is their custom, the couple prepared a dish and went to introduce themselves to their neighbors (3 young lads). The boys didn’t seem too pleased to see them, but for some reason still allowed them inside.

One of the boys went inside to make the couple tea, while the other two sat in the living room, chatting up to the sweet couple. It was then that the wife noticed a box (large enough to lock an adult person inside) lying open, with its lid by its side. The other 2 boys were actively trying to avert the gaze and attention of the couple away from it, but the wife was too smart for those tactics.

Having stumbled upon one of the creepiest things ever found in their life, the couple left immediately, called 911 and had the boys arrested. Turns out they were kidnappers who had been hiding from police custody for nearly 6 months.

The Monster Claimed to Be Raccoon

In 2008, this sea beast was found on a beach in New York. Although authorities like East Hampton Natural Resources department and other zoologists quickly announced that this beast was a dead raccoon that were bloated and decomposing. But many others claimed this beast to be a Montauk Monster. Then doubts and speculations continue. Some say it's too leggy for a raccoon, some say the so-called beak is actually a de-fleshed snout. What's more, there are only few witnesses and somehow conspiracy theories are dragged into this. It's just creepy, bizarre and unexplainable.

When the Baby Was SAFE

Oh, children and their innocent ways, except when some children aren’t really innocent but the spawns of Satan himself. Sure, there’s nothing wrong in playing hide and seek, but what if the child of yours happens to be a sadistic person? This is what happened to a family in a small town of Nashville. Their children, aged 10 and 3, were playing hide and seek when the parents were away for work. When the parents returned, the young kid was nowhere to be found and in a panic, they called the cops.

Seeing cops in his house was more than enough to scare the elder child, who confessed to having locked up his sister in the family SAFE. This sure as hell turned out to be one of the creepiest things ever found by the police of that town, till date!

A Circle in the Middle of Nowhere

Sure, backpacking can be fun and you sure as hell come across a lot of different people and places. But 26-year-old Trevor was shocked by what he discovered. He was exploring this forest in a little village in Bulgaria, and thought he’d camp there for the night.

But when he was putting up his camp, he heard a loud thud. He went out to explore it and less than 100 meters away from his campsite, he came across a perfect circular hole in the ground about 30 feet wide. It was fresh and there were candles lit all around it, but there was nobody to be seen. Trevor had a creepy feeling that he was being watched, so he immediately returned to his campsite, packed up his stuff and left for the village.

The next day, the hole was completely gone when Trevor went back to check it in the morning.