Most Common Causes for Coughing Up Brown Mucus

Throat mucus doesn't indicate anything serious usually and actually is helpful in many ways. In most cases, it serves as a protective lubricant for your throat and keeps it moist. It plays a role in preventing dryness in your throat that causes irritation. It also helps throw bacteria and dirt out of your system to make you feel better. It is worth mentioning that throat mucus is usually colorless, but its color can change, which may indicate a number of things. You may go see your doctor if you are coughing up brown mucus because it could be a sign of some serious health conditions. 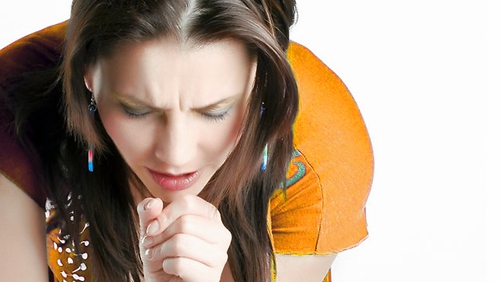 Most Common Causes for Coughing Up Brown Mucus

Brown phlegm or mucus is not always a sign of a serious underlying condition, but it is always a good idea to discuss it with your doctor to rule out the possibility of having a serious infection. Here are some of the most common causes of coughing up brown mucus.
1

It is one of the most common causes of coughing up brown mucus, which is mainly due to the combination of tar, nicotine, and resins accumulating into your bronchial and lung passages. Heavy smokers will usually show symptoms such as extreme coughing and brown nails with offensive nicotine odor. Chain smokers will end up developing chronic bronchitis, which sometimes lead to lung emphysema. Emphysema is the outcome of the damage caused by nicotine and smoke to the air sacs in your lungs. The condition makes it difficult for you to receive enough oxygen through your lungs.

The condition requires the use of inhalers, oxygen therapy, lung reduction surgery, medications, and even lung transplants in some cases. Quit smoking today to avoid dealing with the complications, such as coughing up brown mucus.

You may be coughing up brown phlegm due to acid reflux. This usually happens when you regurgitate some of the food that turns your phlegm brown. This is especially true in case you've eating red wine, chocolate, or coffee. It is worth mentioning that if your brown phlegm is due to acid indigestion, you may also notice bowel mucus, which in most cases is the sign of irritable bowel syndrome.

Your brown phlegm may well be a sign of nose bleeding, which could happen due to nasal polyps. These nasal polyps are the cause of continuous irritation to the skin that lines the sinuses and nose. This may lead to nasal bleeding and you may notice dried blood turn your mucus brown.

The excessive use of alcohol may lead to upper respiratory tract infections. This usually results in inflammation to the lungs and throat, which in some cases becomes the underlying cause of coughing up brown mucus. You may see the color of your mucus change if you've consuming certain alcoholic drinks.

Do you live in an area with highly polluted air? This could be the reason behind your brownish phlegm. You may also end up coughing brownish mucus after cleaning a dusty room. The tiny particles of dust and dirt can enter and accumulate into your throat, causing your throat mucus to change its color a bit. The mucus in this case will be brown and grainy. The good thing is that it is a temporary condition and resolves with a change in your environment.

Some of the serious causes of brownish phlegm could be lung or respiratory infections. Your lung will start to produce more mucus when you get a respiratory illness. This usually helps to trap bacteria and other foreign matter. Your brown phlegm could be a sign of chronic bronchitis or indicate other more serious infections such as emphysema or lung cancer.

How to Deal With Coughing Up Brown Mucus

Irrespective of the cause, you can try a few steps to help clear sticky phlegm. Here's what you can do about this situation:

In addition to these steps, you can also consider making use of neti pots to get rid of your brown phlegm.