Colon resection, as the words indicate, refers to the surgery that removes a part of or the entire large bowel. This article will guide you in detail about colon resection, its risks, implications, reasons why it is needed and other details you may want to know about. 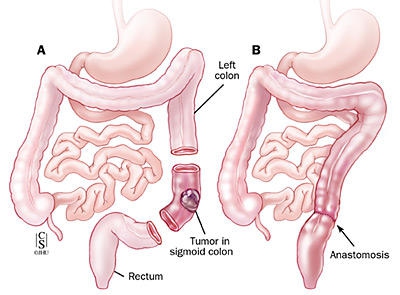 What Is Colon Resection?

Colon resection is also known as colectomy or large bowel resection. It is a surgery designed to remove the infected portions of your large bowel, better known as the large intestine which comprises of numerous parts, including the colon. The surgeon takes out all the diseased portions of your bowel during the surgery and reconnects the healthy components. So during colon resection, the entire bowel or a part of it is removed.

Surgeons may perform a colostomy if there isn’t sufficient healthy intestine left after the surgery. Colostomy refers to the procedure wherein an end of the large bowel is shifted outside your abdominal wall. A bag known as the colostomy bag is fastened to your abdomen and used for containing the stool that drains into it. Mostly, the colostomy is temporary and the bag is attached to the patient till their intestines recover. Another operation is done for removing it.

Why Colon Resection Is Needed?

How to Prepare for Colon Resection

There are several important things you need to do prior to your colon resection being performed.
1

How Colon Resection Is Performed

Colon resection removes some of your intestine out, which means it is some kind of surgery. Are you curious about how it is performed? Here explain this to you.

Almost every surgery has risks, common risks for colon resection may include the following:

A few risks are also associated with general anesthesia such as breathing problems and allergic reactions to the drugs administered into your body.