It is an incredibly delicious and healthy chicken recipe for weight conscious people that is fairly easy to cook. 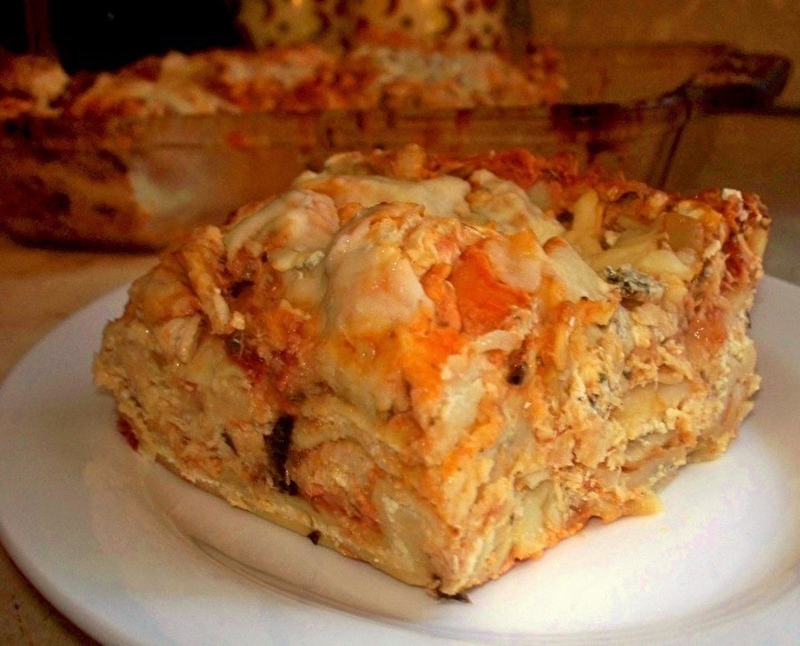 1. Preheat the oven till it reaches 350 degrees.

2. Combine egg substitute and ricotta cheese in a small mixing bowl then set it aside.

4. Spread about a cup of the mixture of chicken and sauce on a baking pan and place in four noodles on top of the sauce.

5. Spread over the noodles a layer of sauce followed by a layer of the ricotta cheese mixture.

6. Add some more noodles in just the same way, then sauce, ricotta cheese mixture and finally a layer of sauce and chicken mixture.

7. Cover the pan with aluminum foil then let it bake for an hour.